The Solventless Hash Rating System: How to Determine Quality 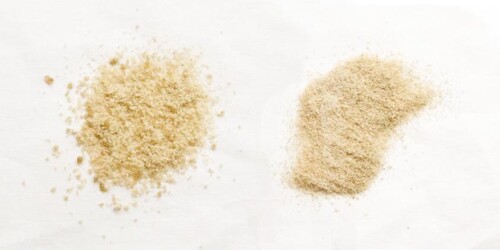 Solventless hash, like dry sift and ice water extraction, represents the highest quality and least adulterated form of cannabis concentrate. Composed of pure trichome heads (where all the phytocannabinoids, terpenes, flavonoids, and other good stuff is at), solventless hash provides an exceedingly pure cannabis experience.

Up until the revival of rosin, solventless extracts were perhaps better classified as resins. With the exception of rosin tech, the goal of solventless extracts like dry sift and ice water hash (or bubble hash) is pure glandular trichome head isolation, as the heads contain the sought after cannabinoids and terpenes.

That said, solventless extractions are not usually 100% free of contaminate (plant matter), with the exception of rosin. This means that ‘full melt’ dry sift and ice water hash is extremely difficult to achieve without very high quality starting material and an experienced hash maker.

This is because there are plenty of technicalities that can affect the finished product.  For instance, plants that received foliar sprays during flower will produce subpar hash as the trichomes are coated in additional layers of waxy membranes, making them difficult to isolate.

Please keep in mind that, in order to get the most potent hit from these concentrates, we recommend using a dab rig.!

While there is no substitute for a melt test, a methodical inspection of the solventless hash during the pressing process will give you an idea as to the quality of the trichomes and the effectiveness of the isolation. Before making a purchase, ask your budtender or caregiverif the hash itself melts, who processed it, how the starting material was grown, and which microns are available.

All of this information will help you narrow down on the highest quality solventless hash. Keep in mind, the information you receive from a budtender or caregiver is simply the rating the hash maker gave the extract — there is no substitute for independent laboratory testing to determine composition. 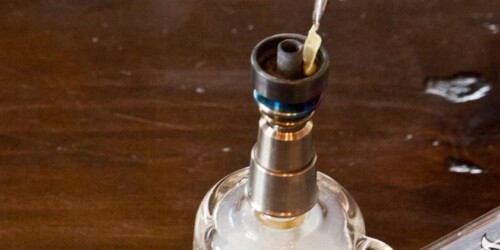 If you see a gram of half melt that catches your eye, don’t be afraid to take it home for a melt test of your own, or purchase it for the sole purpose of rosining it to improve the melt. Here are some important characteristics to consider:

Quality hash should have a golden color and a beach sand consistency if stored properly in a cool environment. When quality hash has been stored at room temperature or warmer, it can ‘grease up’ taking on the appearance of a darker, semi-transparent oil.

Quality hash lacks evidence of green (chlorophyll), dark brown, or black spots, indicating contamination (from plant material or otherwise). Seek out ice water hash and dry sift with visible trichome heads that glisten like crystals or diamonds in their jar.

Quality solventless hash should have a strong scent that is consistent with the starting material (i.e. hash made from a strain like Golden Goat should smell like Golden Goat flower). Identifiable, pungent smells are indicative of high terpene content and produce strong flavors when smoked or vaporized.

Both ice water hash and dry sift will be labeled with a micron or LPI (lines per inch) designation, respectively. The number indicates the size of the holes in the screen, which correlates to the size of the trichome heads in the hash.

Unfortunately, there is no across-the-board ‘best’ micron/LPI when it comes to solventless hash; the level of melt within each micron/LPI is almost always strain dependent (i.e. different strains and growing conditions produce different size trichome heads). However, as a general rule of thumb, the highest likelihood of full melt solventless hash can be found in the 70μ-120μ micron range (120-200 LPI).

The quality of your dry sift may not fall exactly into one of the following categories as these represent the middle and the two extremes. Therefore, many hash makers and dispensaries have begun to rate hash with the star system; 1 star being no melt (kief) and 6-star being full melt/oil.

If you are unsure where your dry sift lies on the melt spectrum, it’s easy to perform a quick test at home by dabbing a small sample off of your nail and watching the melt. If it chars, it is likely 1 or 2 star dry sift; if it melts like water leaving minimal residue on the nail, it is likely 5 or 6-star hash. Usually, the preferred consumption method will depend on the grade of the dry sift.


This grade of hash contains just pure trichome heads and is considered to be ultimate connoisseur-grade hash; it should be dabbed off of a quartz nail. The starting beach sand consistency can be pressed into a dab-ready sheet for ease of portion control and handling.

Although this level of hash can be enjoyed in any fashion (i.e. vaporized, smoked, twaxed, made into edibles, etc.), it is typically dabbed because it’s the best way to maximize flavor and effect. Full melt dry sift is one of the most expensive concentrates — assuming you can find it at all.


Half melt is more contaminated and will not vaporize well off of a nail in dab form, although some people still elect to do so. Depending on the level of melt, I recommend loading half melt dry sift in bowls, twaxing the inside of a joint/blunt, or rosining it (in essence turning it into oil i.e. full melt).

Expert hash makers can clean lower grades of dry sift in an effort to further isolate the trichome heads (think of full melt dry sift as a further refined, more pure form of half melt). Half melt dry sift typically sells at a lower price point than full melt.


It’s what’s likely in the bottom of your grinder right now. Kief contains a mixture of trichome heads, stalks, and plant material (contaminate). It is considered to be the lowest grade of dry sift and will char (the opposite of melt) immediately upon being dabbed.

Thus, kief is best enjoyed via twaxing, on bowls, in joints/blunts, in edibles, or converted to rosin. Kief is the least expensive grade of dry sift and is often times very affordable. 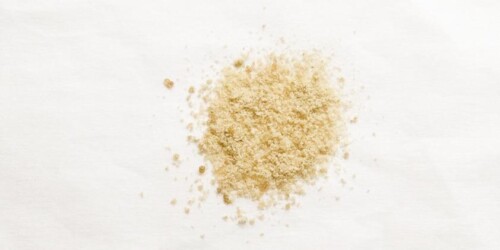 Like dry sift, ice water hash is also commonly rated using the star system; 1 star being no melt (cooking grade) and 6 star being full melt/oil. Once again, the preferred consumption method will depend on the quality or melt level of the hash.

Full melt contains just trichome heads, is very high-grade hash and should also be dabbed off of a quartz nail. You’ll find it’s about the same to handle and press into sheets as dry sift.

Because of the purity and quality, we also recommend reserving your bubble hash for home use with an electric nail. Full melt ice water hash is of very high quality and commands equally high prices.

Half melt is more contaminated and will not vaporize as well off of a nail in dab form. While some people will dab certain grades of half melt ice water hash, we prefer to load it in bowls, twax the inside of a joint/blunt, or rosin it (in essence turning it into oil i.e. full melt). Half melt ice water hash typically sells at a lower price point than full melt.

In addition to its use in edibles, cooking grade hash can be enjoyed on bowls, inside joints/blunts, or converted to rosin. For reference, cooking grade ice water hash is usually comprised of the extremely low and high microns (i.e. 25μ and 160μ respectively). Cooking grade is the least expensive grade of ice water hash and is often times very affordable.

Pro Tip: Because all grades of ice water hash utilize water in the extraction process, it must evaporate prior to consuming. Make sure that your ice water hash has been properly dried to avoid the respiratory irritation caused by inhaling residual moisture.

Even in states without a legal cannabis program, you can still make your own solvent-based or solventless concentrates using organic hemp flower instead of traditional cannabis buds.  The resulting concentrate will be high in CBD and other beneficial cannabinoids, but without the psychoactive high associated with THC.

We like the sustainably cultivated, non-GMO, federally legal hemp flower from Canna Comforts.  Each of their diverse varietals looks, smells, tastes, and smokes just like the top-shelf cannabis strain that inspired it.  We like to use Lifter (buy it here) for maximum CBD content, but you could also convert some Elektra Kief into half- or full-melt hash using the rosin method, as you would with a high-THC kief.

Engage with your provider and ask questions about the concentrates

The Solventless Hash Rating System: How to Determine Quality