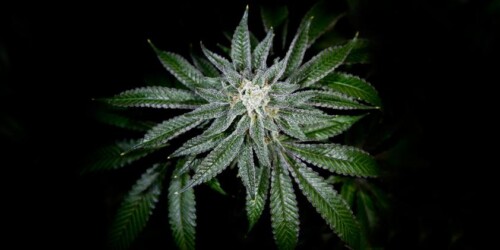 We have all evolved beyond the bong. As more cannabusinesses have been approved to operate in different states around the country, the U.S. has seen a drastic increase in the types of cannabis products available. While smoking may be the most popular, there are a variety of alternative ways to use cannabis both medically and recreationally. The effect, duration, and onset time vary slightly with each consumption method, and many can be combined for synergistic, sustained relief. The correct consumption method for you will be a matter of desired effect, intensity, duration, and personal preference. Once you’re ready to begin, we recommend that you purchase the necessary items you’ll need from a reputable online store.

The easiest and most common way to consume cannabis requires little more than a vessel and a lighter. You can pack the cannabis into a pipe, roll it into a joint, or load it into a bong. Smoking cannabis involves inhaling the smoke released by the heated flower or concentrate.

Smoking is popular because it’s easy and requires little more than a vessel and a lighter.

When smoking cannabis, the effects can be felt almost instantly and last from 90 minutes to three hours or more, depending on the individual, cannabinoid content, and potency of the strain. Because of the minimal onset time associated with smoking cannabis, dosage control is easy relative to other consumption methods. The downside is the potential for minor irritation of the respiratory system.

Vaping provides immediate, controllable, and concentrated relief without the combustion of plant material.

The effects of vaporizing cannabis are felt almost instantly, which makes dosage control easy. The cannabinoid-rich (up to 95%) vapor is free of tar and carcinogens, which is beneficial for those looking to avoid potential lung and respiratory irritation. As a bonus, many users prefer the taste of vaporized cannabis to that of the combusted flower.

Some vaporizers are intended for home use and feature digital temperature settings, while small, hand-held vaporizers allow you to enjoy cannabis concentrates on the move. 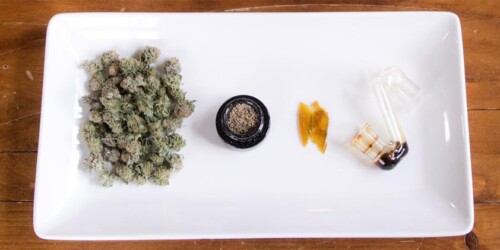 Smoking and vaporizing are two popular methods for consuming cannabis flower and concentrates. The primary difference is temperature. When you smoke a joint, you set it on fire and inhale everything that’s burning inside the rolling paper, including the paper itself. Think of vaporization as an instant extraction and consumption alternative. By heating the cannabis to a specific (lower) temperature range, you can consume the beneficial cannabis compounds stored in the plant, without consuming the actual plant on which they are produced.

There is a temperature range where the cannabinoids found in the trichome heads begin to boil off into a gas without combusting any plant material. Most cannabinoids and terpenes, the therapeutic compounds found in cannabis, boil in the range of 315-440°F (157-227°C). Beyond 451°F (233°C), combustion begins to occur. For reference, the lowest possible temperature of the butane flame in your Bic lighter is 761°F (405°C).

Which is better? The answer, like so many other questions in the cannabis world, is preference-based. Below are some of the main questions to consider when choosing between smoking and vaporizing.

How is cannabis smoke different from cannabis vapor? 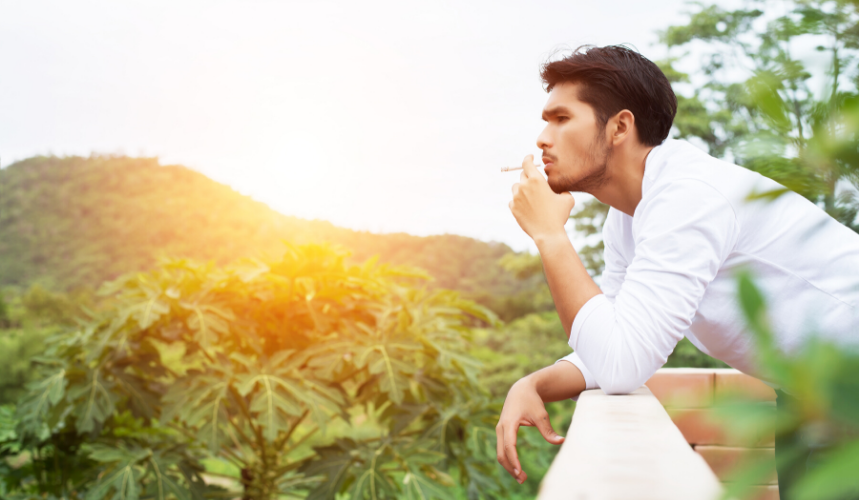 By definition, combustion is the process of burning something. Because vaporization does not ignite the plant matter, the vapor produced is mostly comprised of cannabinoids (up to 95 percent carcinogen-free). In contrast, the smoke created from the combustion process is diluted by up to 90 percent with non-cannabinoids, which contains carcinogens and can cause irritation in the lungs. The thicker smoke produced by the combustion of cannabis comes from the plant buds and leaves, which are non-essential relative to the trichomes they harbor. If you are one of the many Americans around the country that still needs to consume undetected, vaporization offers a discreet solution with minimal smell.

Which gets me higher?

The effects of both smoking and vaporizing can be felt almost immediately and typically result in the elevated sensation most people associate with THC in cannabis. The instant effects of vaporizing and smoking cannabis making controlling dosage relatively easy; simply inhale more as necessary. Many people find smoking cannabis results in a stronger, hazier high relative to vaporizing, which is considered to be more mild, clean, and therapeutic.

Which is more flavorful? 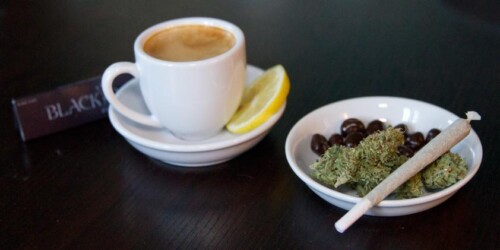 The terpene and cannabinoid-rich vapor produced by vaporization is typically more flavorful and smooth than the smoke produced from combustion. Many describe the vaporization experience as inhaling the ‘essence of the plant.’ When smoking cannabis buds, the flavor (produced by terpenes) is less apparent because the smoke can be diluted with plant matter by up to 90 percent.

Which has a more effective dosage?

This is a difficult question as many cannabis users prefer smoking, while others prefer vaporization. It goes without saying that vapor produced by vaporizing is significantly more concentrated with cannabinoids than the smoke produced by combustion. However, many users find that no matter how many inhalations they take from a vaporizer, they never achieve a high consistent with smoking. The same can be said for many vaporizer users who claim that smoking cannabis is less effective and results in respiratory irritation. In our experience, vaporization provides a more forgiving, manageable, and mild medication option for newer cannabis users.

Some people enjoy packing a one hitter pipe because of the limited amount of smoke required to pack a considerable punch.

Which is easier on the go? 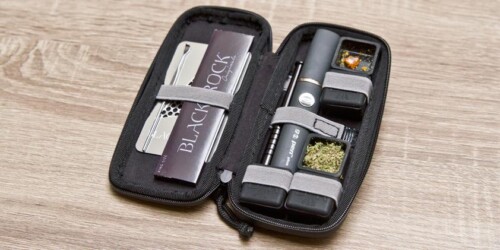 With the right tools, both smoking and vaporizing on the go can be a quick and easy process. We recommend one of the various smell-proof Safety Case kits that include everything you need to load a vaporizer or protect your prefill cartridge and battery. If you prefer to smoke flower, a small one hitter pipe is especially helpful for conserving cannabis.

Regardless of your preferred consumption method, we want to clear up a common misconception: Holding in the smoke or vapor does not get you higher! Studies have shown that approximately 95 percent of the cannabinoids present in smoke or vapor are absorbed within the first few seconds of inhaling. Steady in and steady out! Ready to try smoking, dabbing, or vaporizing? Reference our dosage guide here. 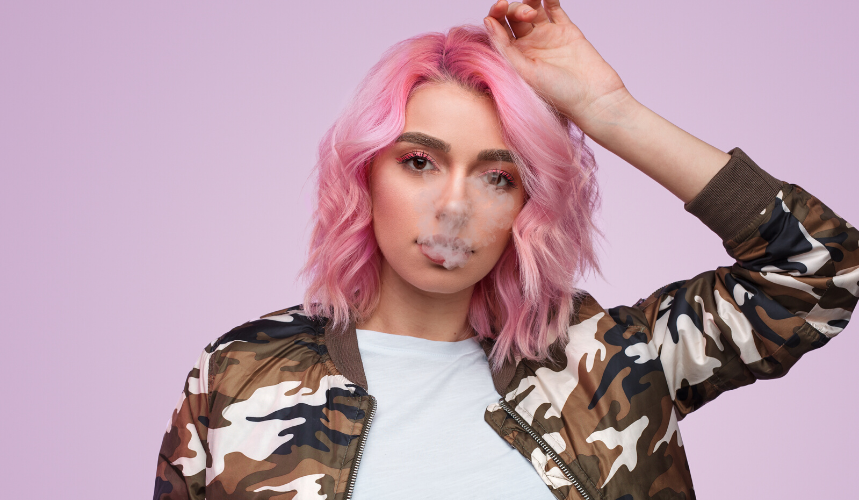 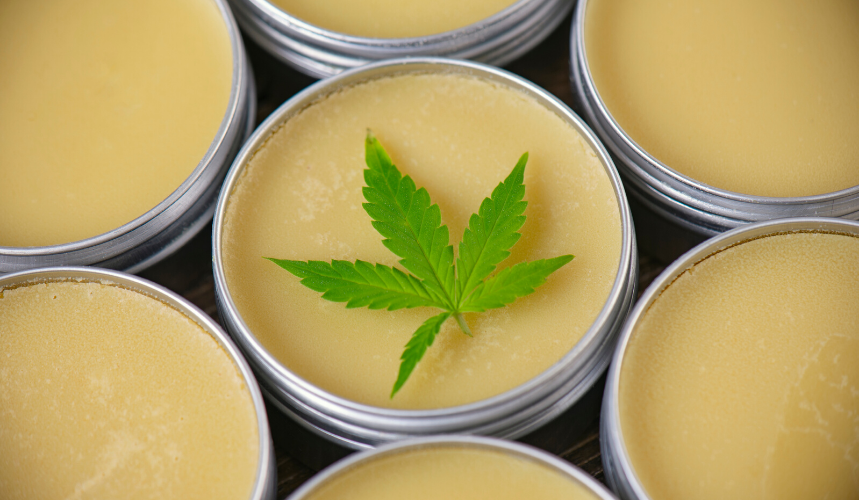 Topicals are cannabinoid-infused lotions, salves, balms, sprays, oils, and creams. Topicals are applied directly to the skin for localized relief of pain and inflammation, making them perfect for treating muscle, joint, and surface-oriented pain.

One other benefit of topicals is that they are completely non-psychoactive. Topicals have been especially helpful in treating those with arthritis, eczema, and psoriasis. 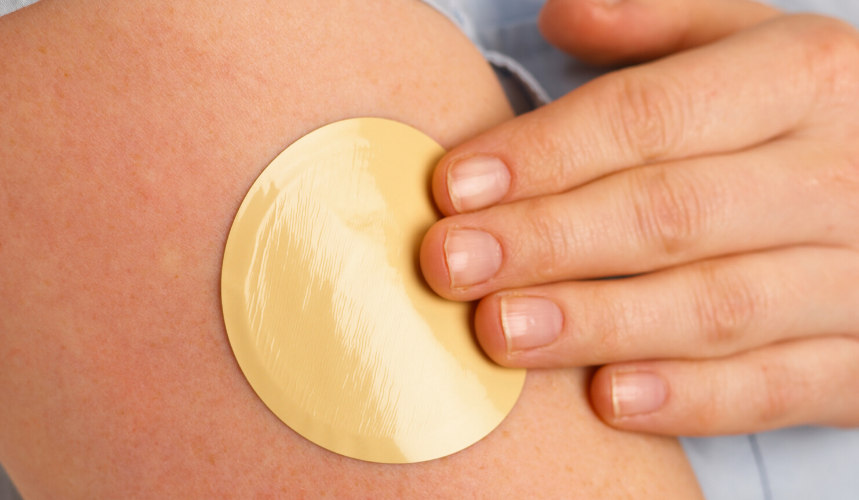 The patches are available in a variety of potencies and cannabinoid profiles, both psychoactive and non-psychoactive. The onset associated with transdermal patches is typically quicker (15-60 minutes) than can be expected with oral ingestion. 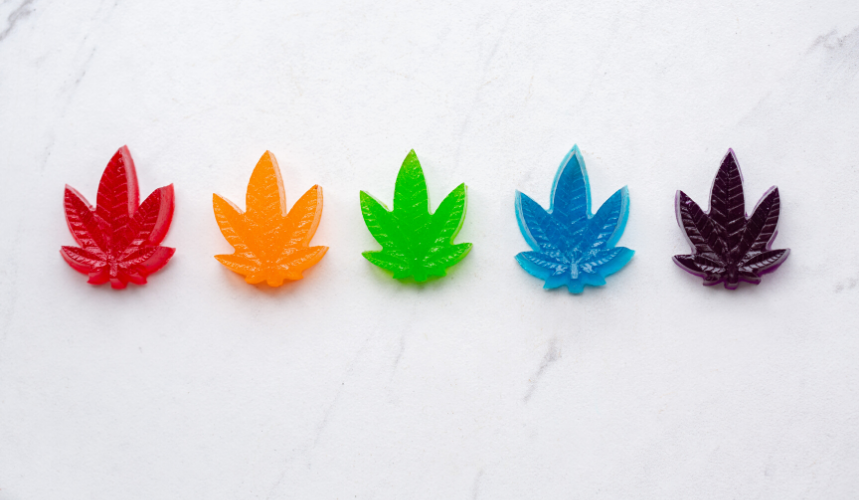 As the availability of medical and recreational cannabis has increased, so has the popularity of edibles (cannabis-infused food and drink). The selection of edibles is constantly expanding with dispensaries selling everything from medicated sodas to savory snacks. For those living in less tolerant states, you can make your own at home with surprising ease. Essentially, any recipe that calls for oil or butter can be infused with cannabis. In the edible preparation process, the cannabinoids are combined with lipids (fats) and decarboxylated (heated) converting them from their acid forms into their activated states. The activated oil can also be ingested in pill form.

Edibles are ideal for those seeking sustained, strong relief throughout the day and don’t mind a delayed onset.

The effects associated with ingested cannabis last much longer than the other consumption methods (anywhere from four to eight-plus hours) and can be significantly more intense. This is because THC, the primary psychoactive component of cannabis, is converted to the more psychoactive 11-hydroxy-THC by the liver. This compound is approximately five-to-ten times stronger than the original THC. Smoked/vaporized cannabis does not have the same effect as it does not pass through the liver. For those looking to avoid the ‘high’ associated with THC-infused edibles, we recommend CBD edibles or juicing raw cannabis.

The downside to edibles is the delayed onset time, which can take anywhere from 20 to 90+ minutes. Onset time is directly related to the digestive process–eating them on an empty stomach results in a faster processing and vice versa. The combination of delayed onset and variable potency make dosage control more challenging. For more on recommended edible dosages, click here. 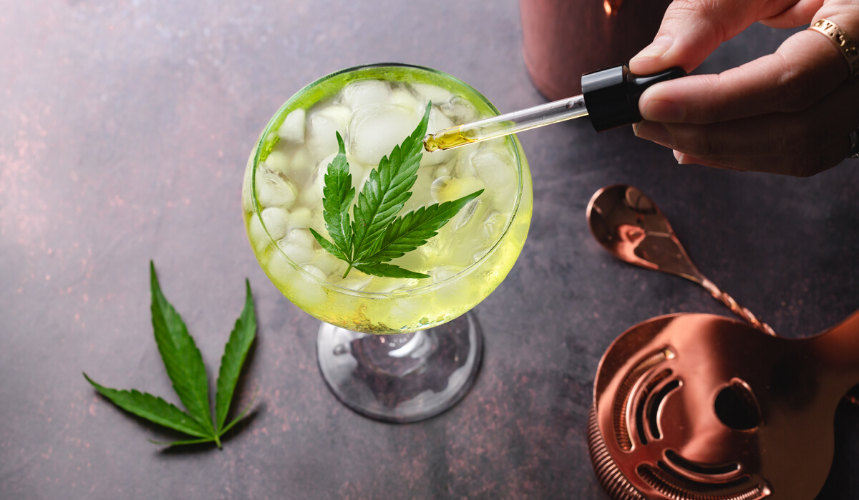 A tincture is a liquid cannabis concentrate derived through alcohol extraction. Tinctures were once the most common form of medicinal cannabis in the United States, prior to their prohibition in 1937. Tinctures are typically administered sublingually—a few drops of the cannabinoid-rich liquid under the tongue is often a sufficient starting dose. Tinctures are available in a variety of potencies, cannabinoid profiles, and flavors.

Tinctures provide a rapid delivery without utilizing the lungs and allow for consistent dosing.

One major benefit to tinctures is the rapid onset relative to orally ingested edibles. The solution is absorbed by the arterial blood supply under the tongue within seconds. The mucosa lining inside the entire mouth and the tongue itself also play a role in the absorption process. The effects will be felt within roughly 15 minutes, allowing for easier dose control (relative to edibles). That said, try to leave the tincture under your tongue for as long as possible before swallowing–maximizing quick absorption to the bloodstream as opposed to processing through the gastrointestinal (GI) tract. However, for those desiring the edible-effect, tinctures can be added to your favorite drink, like coffee in the morning.

Many people combine consumption methods for synergistic relief. For example: You might smoke a joint for immediate anxiety relief and eat an edible for sustained sedative benefits before a long flight. Of course, this just means more stuff, and we understand that you may not always be able to medicate within the comfort of your own home. Thankfully, that doesn’t mean that transporting your stash has to be a pain. Learn how to organize all the moving parts and condense them into a compact, smell-proof travel case that’s ready for all of life’s adventures.

Is CBD a Nootropic? This is How CBD Affects the Brain

Terpenes and Trichomes: What’s the Deal?

CBD for the Elderly: Why Give Your Grandparents CBD

How to Microdose Cannabis