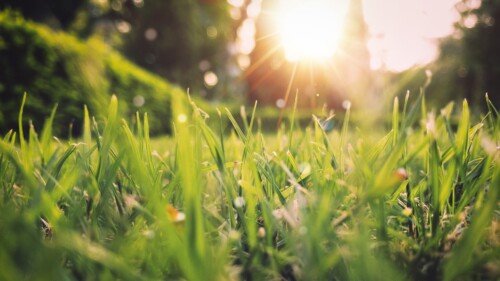 Could medical marijuana be a possible solution to the opioid epidemic?

Many have theorized, and many have hoped…but now data is starting to unfold. Recent data has shown that legal cannabis has been positively correlated to reduced opioid prescriptions in many states!

Before really getting into this data though, let’s take a look at the current problem. The Nation’s past with opioid addiction and the rise of the current opioid epidemic.

What are opioids and what makes them so addictive?

Opioids are a class of drugs that interact with the body’s opioid receptors to produce painkilling, sedative effects. Some opioids are natural while some are synthetic, and others, like heroin, are illegal. Common opioid drugs include hydrocodone (Vicodin), oxycodone (OxyContin), and morphine.

The tricky thing about opioids is that they work — at least at first. So when opioids were first prescribed to us by doctors we didn’t realize the immediate addicting effects and things got out of control pretty quickly. “The problem of abuse and addiction to opioid analgesics has emerged as a major issue for the United States in the past decade and has worsened over the past few years,” noted a 2006 study.

Opioids bind to our opioid receptors so strongly that they get addictive almost immediately. Just think, who doesn’t want to be pain free?

The very real allure of opioids means they’re both physically and mentally addicting. But long term, they may not work as well as you’d think. “It is my impression that ‘pain-killing’ drugs improve the patient’s mood rather than take away the pain.” says pain expert John Sarno.

If you or someone you know has been hurt by opioid abuse, cannabis may be just the thing to help. A Forbes survey of CBD users found that nearly half of them stopped relying on conventional pain medicine.

And THC is at least as good at reducing pain as CBD is. Combine the two, like medical cannabis does, and good things are bound to happen. User stats back this concept up; chronic pain is actually the top qualifying condition for medical cannabis use. According to Dr. Dustin Sulak, “evidence is insufficient” as to whether or not long-term opioid use actually helps chronic pain. Instead, Dr. Sulak recommends modulating the endocannabinoid system…with cannabis!

In many states, that’s exactly what’s happening. Whether they know it or not, thousands of people are asking for fewer opioid prescriptions in favor of getting their relief from medical marijuana.

How do we know? This is where things get interesting.

By identifying 19 states that have legalized cannabis, and then looking at how opioid prescriptions changed in the years between prohibition and legalization, one can pick up one some important trends.

Most states experienced a significant drop in opioid use after cannabis was legalized — 15 of them, in fact! Only 4 (New Jersey, New Mexico, Michigan, and Arizona) had higher post-legalization rates.

Another interesting tidbit: some states improved more than others. Ohio experienced the biggest decrease, with 19.2% less opioid use after legalizing medical cannabis. Pennsylvania was next up with a 17.8% decrease.

We got the above data on opioid use from the CDC’s website.  But they are far from the only ones to pick up on this recognizable pattern. A study spanning over 10 years (1999 through 2010) found 24.8% lower annual opioid-related deaths in states with medical cannabis. In case you didn’t know, 24.8% is huge.

One more data point, this one from the ground-level: a 2017 survey of Californian patients determined that 74% of them supported substituting opioids for cannabis — or at least taking the two substances in conjunction. Indeed, medical cannabis may make opioids safer.

Next Steps Towards Solving The Opioid Epidemic

If you’re looking to get off opioids with the help of cannabinoids like CBD, there is hope. Thousands have gone before you and had their lives changed.