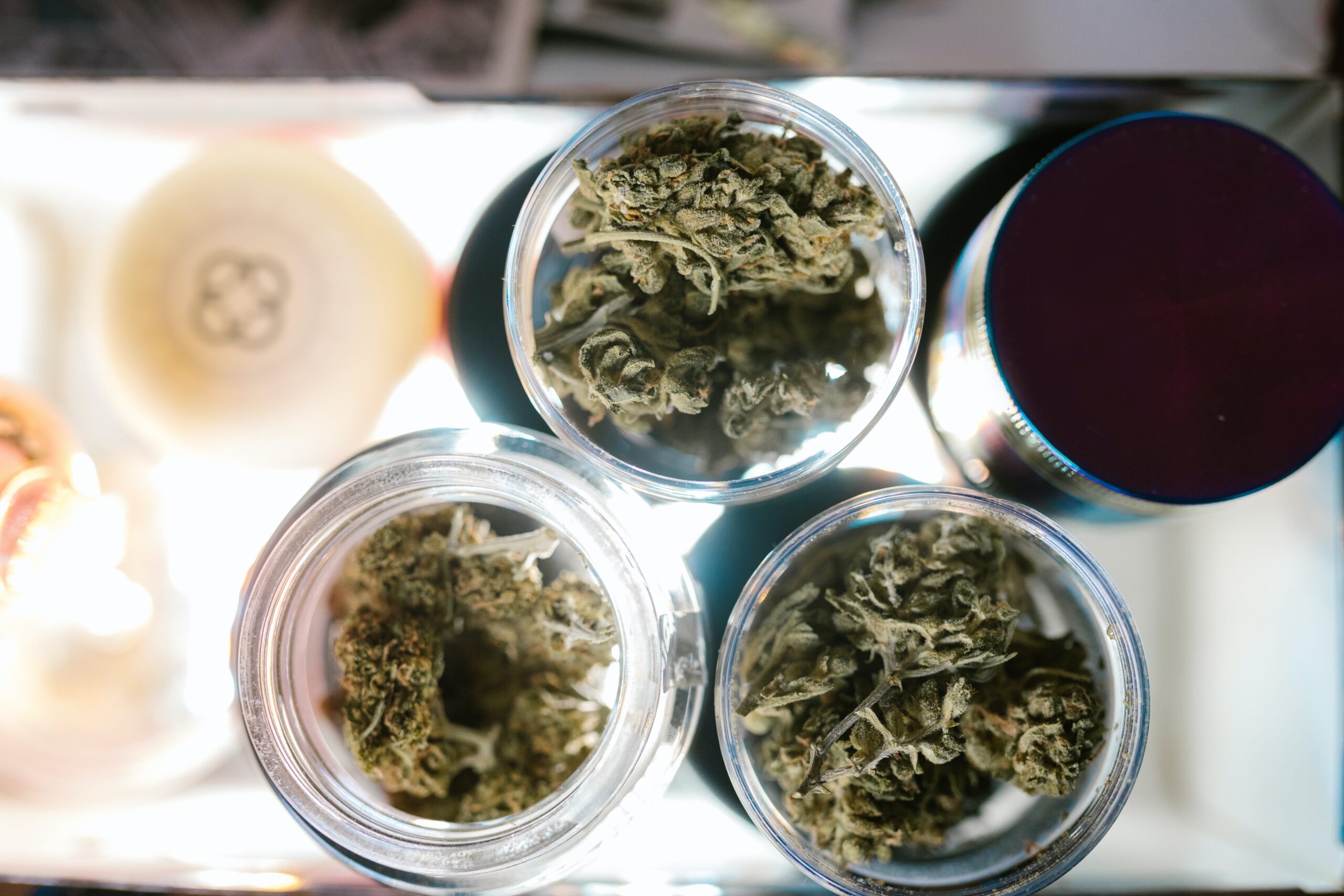 Medical marijuana has become a widely accepted treatment for many people in the last few years. From chronic pain to cancer, some patients say that it dramatically reduces their symptoms and allows them to live happier lives. While medical marijuana use is still illegal on the federal level, today, 36 states, the District of Columbia, Puerto Rico, Guam, and the U.S. Virgin Islands allow the use of medical marijuana for those who have a qualifying condition.

If you live in one of the states and feel that medical marijuana may benefit you, obtaining your state-specific medical marijuana card is the first step to getting legal THC products. The process varies slightly from state to state, but many similarities exist. Read this blog to learn more about cannabis use for medical purposes, how to get a medical marijuana card, and where you can shop for the products you need.

Overall, The marijuana plant contains more than 100 different chemicals called cannabinoids. Each one has a different effect on the body. Delta-9-tetrahydrocannabinol (THC) and cannabidiol (CBD) are the main cannabinoids used in medicine. THC also produces the “high” people feel when they smoke marijuana or eat foods containing it.

In the United States, medical marijuana is legal in 37 states, the District of Columbia, and four U.S. territories. Similarly, all 50 states have laws that limit THC content but allow access to products rich in cannabidiol (CBD), a non-psychoactive component of cannabis.

Medical marijuana refers to using the whole, unprocessed marijuana plant or its basic extracts to treat symptoms of illness and other conditions.

The U.S. Food and Drug Administration (FDA) has not recognized or approved the marijuana plant as medicine. However, scientific study of the chemicals in marijuana, called cannabinoids, has led to one FDA-approved medication that contains cannabinoid chemicals in pill form. Continued research may lead to more medications.

Because the marijuana plant contains chemicals that may help treat various illnesses and symptoms, many people argue that it should continue to be legalized for medical purposes.

Cannabis is a flowering plant that humans have cultivated for thousands of years. It was domesticated in the eastern part of Central Asia, where wild varieties are still widespread.

In 2016, a study led by Chris Stevens, Rebecca Roberts, and Charlene Murphy found that the earliest record of cannabis cultivation was in China, dating back to the second millennium BC. However, most botanists believe that it was probably first domesticated in the eastern part of Central Asia, where wild varieties are still widespread.

Today, the U.S. is one of the largest producers of cannabis globally, while the UK is the world’s largest supplier of medical marijuana.

What’s the difference between hemp, marijuana, and CBD? For many people, it’s not apparent. When you start to look into the differences, you’ll find that a lot of the research is contradictory or confusing. But we’ve done the hard work for you and boiled it down to the facts:

Both marijuana and hemp are different types of cannabis plants. While both contain THC—the primary psychoactive compound in cannabis—hemp plants don’t have enough THC to create the overwhelming “high” that we typically associate with marijuana. Generally speaking, cannabis plants containing up to 0.3% THC are considered hemp, while those containing more than that amount are called marijuana.

The distinction is important because, while hemp (and its derivatives) is legal across the U.S. and many parts of the world, marijuana faces more restrictions. Given that THC is the primary psychoactive compound in cannabis, authorities tend to restrict access to limit its overwhelming effects and potential overconsumption.

Due to the passing of the 2018 Farm Bill, all 50 states in the U.S. have legalized not just consumption but the production of hemp on the federal level. 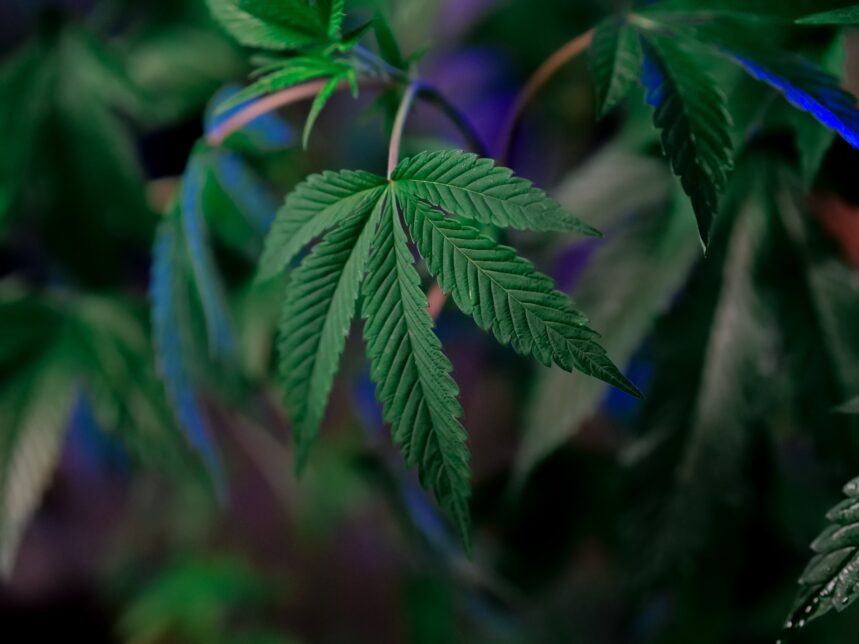 When identifying marijuana plants, you may notice that they look a bit different than most other plants. This is because they belong to the cannabis genus and the hemp family.

One of the most distinctive features of these plants is their fan leaves. These leaves are characterized by having serrated edges and a recognizable shape. They’re also commonly used to symbolize marijuana in artwork, pop culture, and elsewhere.

The primary role of fan leaves on marijuana plants is to fuel the plant by conducting photosynthesis. The plant uses these leaves to convert sunlight into energy, which it uses to grow and develop.

You can identify a marijuana plant by looking for its green fan leaves with serrated edges. Still, it should be noted that these leaves don’t contain very many cannabinoids, so they’re rarely used for medical or recreational purposes. 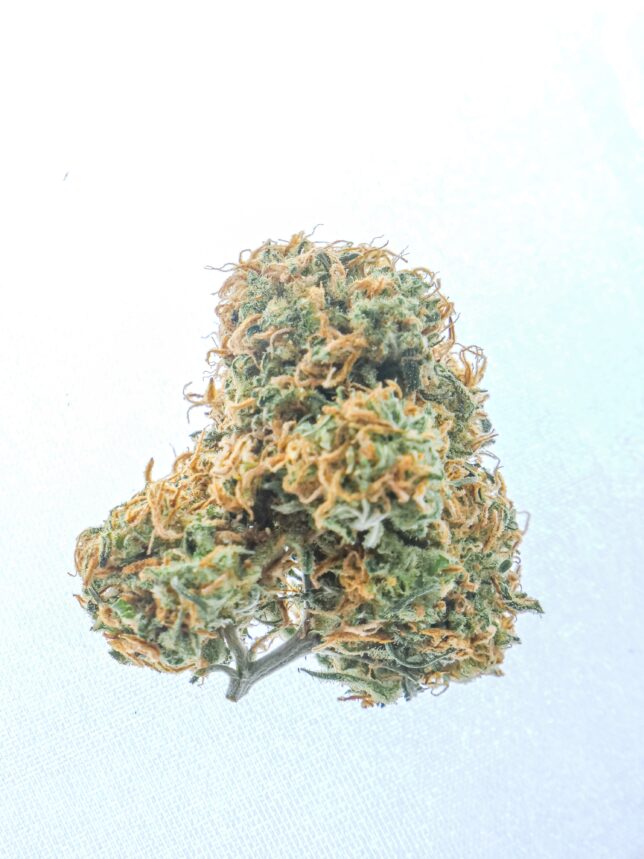 Marijuana flowers don’t look like traditional flowers. They have a dense bud-like appearance and are small and tightly packed, with a core made up of tiny brachts that look like a cluster of leaves. Cannabis flowers are often green but can take on other colors like blue, purple, red, orange, or yellow. In addition to brachts, cannabis flowers feature long thin sugar leaves that shoot out from the flower itself. These leaves get their name because they look like they’re coated in sugar (the trichomes). 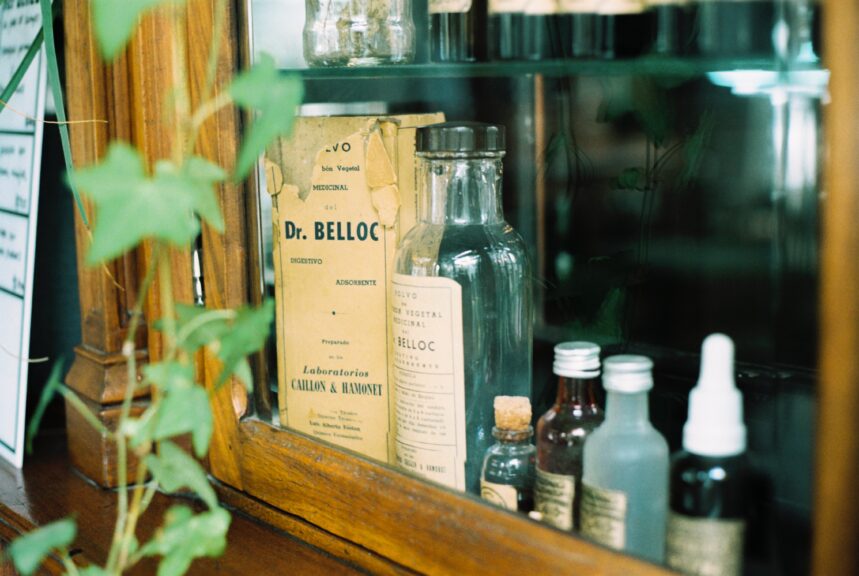 Using THC, CBD, CBG, and other plant compounds as medicine is nothing new. There has been research into marijuana for decades to discover how it could be used to treat various conditions. One of the more well-known medical applications of marijuana has been the use of THC to help combat the lack of appetite common in cancer patients. Additionally, research has suggested that cannabis may significantly affect the symptoms of epilepsy, Parkinson’s disease, and other severe conditions. Common, everyday uses of medical marijuana can include treating chronic pain, insomnia, and much more.

In the past, people had to smoke the flower to get the benefits they sought, but in recent years there has been a massive advance in medical marijuana administration. Many people now are given the option of marijuana pills, using sprays or inhalers, or eating gummies and candy. These methods of ingestion allow for more consistent dosing which is important when using cannabis therapeutically. There are even topical medical marijuana treatments available, including creams and patches.

Eating the raw cannabis plant will not produce any noticeable effects because the compounds within must be processed before they become bioavailable. Cannabis compounds are only effective in the human body after a process called decarboxylation. 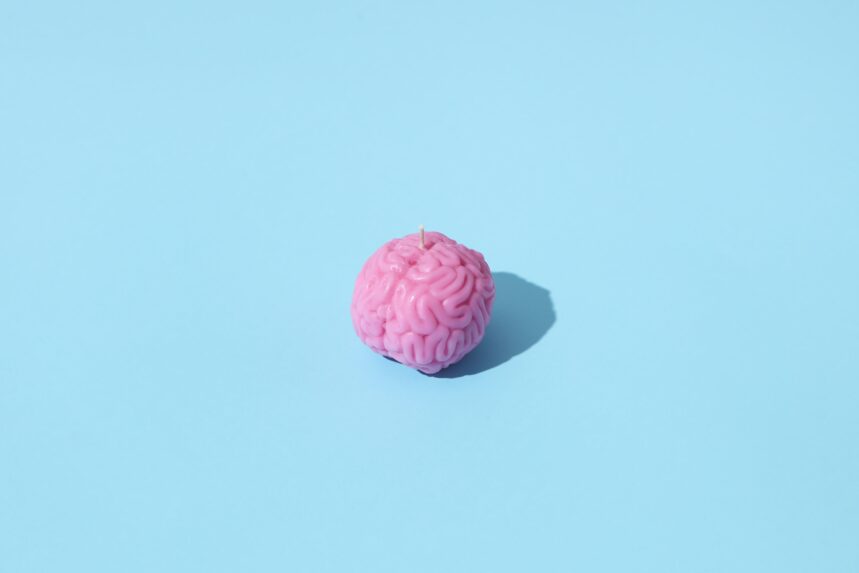 Whether marijuana is smoked, ingested, or applied, the THC compound enters the bloodstream. It interacts with and influences cannabinoid receptors — specific sites on the nerve cells when it reaches the brain. These receptors are located in parts of the brain that influence thought, memory, moods, coordinated movement, time, and sensory perception.

Cannabis can have different effects depending on how it’s used. When it’s smoked, users may begin to feel its effects within a few seconds to a few minutes of inhaling, with its full effects typically plateauing within 30 minutes. When consumed as an edible, it may take up to two hours to properly feel its effects. These effects usually last longer when cannabis is ingested rather than smoked or vaped.

Cannabis is available in various strains with different compositions and concentrations of compounds, which can affect you differently. In general, though, cannabis affects both the body and the mind. Some of the potential side effects of cannabis include:

Some of these effects, including sedation, are desirable and why cannabis is often used as a therapeutic substance. Others, such as reduced motor coordination, are less so and usually a result of overconsumption.

Many people who use medical marijuana rely on it for pain relief, and it has gained a massive following because it isn’t as addictive as opioids. It also provides a viable alternative to ibuprofen or paracetamol. It’s even more beneficial; it’s one of the only compounds that can stimulate appetite in those receiving treatment for cancer, AIDS, and even anorexia.

Your first step to getting medical cannabis in most states is talking to your general practitioner about your desire to get a marijuana card. Your eligibility will likely depend on whether you can be diagnosed with one of your state’s qualifying conditions. Some states have a concise list of the conditions that qualify a patient for medical cannabis. Others, like California and Texas, have a looser interpretation of what may be eligible you to get medical cannabis.

Your doctor can provide specific guidance on which conditions qualify in your state, but most states approve medical marijuana for the following:

Speaking with your doctor about using medical marijuana to treat these conditions also allows them to inform you of any possible side effects, risks, or contraindications with your current medications. After a full discussion weighing the pros and cons, your doctor may approve you to move ahead with getting a card.

After getting a prescription or physical card, some states also require that you sign up with their medical registry. Part of the registration process includes proving that your doctor has prescribed or recommended medical cannabis to help you manage your symptoms. You’ll likely need to create an account online where you can apply with your doctor’s approval attached.

You should be aware that getting a medical marijuana card will likely come with a fee. Prices vary by state and may be associated with your doctor or the registration process.

Unlike normal prescriptions, you cannot get your medical marijuana products at a pharmacy. Luckily, our friends at Leafly can help you find a dispensary near you that sells THC and CBD products. Some states have a select registry of approved dispensaries, while others have a dispensary on every corner. Depending on your condition and where you live, you might also be allowed to grow the plants yourself for personal use.

Some of the products you might find at a dispensary include topical creams, pills, oral solutions, oil for vaporizing, dried flower for smoking, tinctures, sprays, and edibles. Edibles range from gummies and chocolate to mints and sodas. If you’ve never used medical marijuana before, dispensaries can also provide more information on dosing and strain recommendations.

First-timers may want to experiment with different types of products to find the best ones for their lifestyle, as each type of product has varying effects. Inhaled products usually take effect within a few minutes and last for several hours, while edible products can take over an hour to take effect and may last between 8-10 hours.

Now that you have a little more background on medical marijuana, it’s time to take the first step. Talk to your general practitioner or another licensed physician to discuss whether medical marijuana is right for you. Then, follow all state guidelines and regulations to obtain a card and register yourself online legally.