Marijuana Law in California: Everything You Need to Know 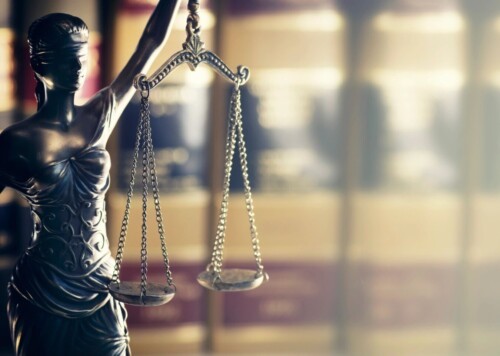 California has been on the leading edge of cannabis legalization for many years now, but the legal landscape is ever-evolving. Marijuana law in California has changed continuously since legislation was first drafted. If you’re planning a trip to Cali and want to use cannabis recreationally or medically, knowing state cannabis law is important.

Here, we’ll dissect the legal treatment of cannabis in California in plain language. We’ll talk about recent changes to California weed law, then discuss specifics like purchasing limits, payment requirements, and where to buy. We’ll also cover information for medical marijuana card holders and what to do if you do end up with a ticket for cannabis in California.

In 2019, California adopted laws that implemented new regulations on Medicinal and Adult-Use Cannabis. Today, pediatric and adult medical patients can obtain cannabis from a cannabis dispensary. The Medical Cannabis and Safety Act (MAUCRSA) regulated personal use cannabis sales in 2018, which put an end to the Poison and Pharmacy Act of 1907, which prohibited cannabis use.

It is also legal to purchase for personal use from a California dispensary if you’re over the age of 21. Medical patients with a host of medical conditions from anorexia to chronic pain may carry up to 8 ounces of cannabis at a time. Pediatric patients still need to have a medical marijuana card that has to be obtained by their legal guardian.

According to California Marijuana laws, it is illegal to drive while under the influence of THC and marijuana products. However, police don’t necessarily need to prove you’re stoned to arrest you. Here are some other instances where California police officers may have the right to arrest you:

There’s still plenty of confusion when it comes down to using credit cards at a cannabis dispensary in California. With marijuana still being illegal under Federal law, it’s harder to pay with credit cards. We strongly recommend carrying cash to the dispensary, as major credit cards are not accepted for cannabis payments at this time.

Transactions via credit cards will have to wait until marijuana use is legal under Federal law. That said, Columbia Care, an international medical marijuana company, is working to solve this issue. The company will be rolling out a new marijuana credit card for medical patients by the end of 2019.

Cannabis DUI convictions in California may include the following:

If you’re a medical marijuana patient in California, you can possess as much as 8 ounces of dried plant, which you can purchases from a cannabis dispensary. You’re also legally allowed to have as many as 6 mature marijuana plants growing at home, or 12 immature ones.

Patients would need to turn the forms in to their county’s Medical Marijuana Identification Program personally. Fees for this cannot top $100, and Medi- Cal benefits allow for medical marijuana patients to receive a 50% discount on medical cannabis products from a cannabis dispensary.

With the legalization of marijuana in California, many users are still confused as to state laws. According to the Health and Safety Code 11357, California’s Marijuana possession law still makes it a crime if you do the following:

Today, California colleges are claiming that they could lose federal funding for not following federal law when it comes to marijuana laws. As for some college students around the country that do have medical marijuana cards, and have purchased marijuana from a cannabis dispensary, they are being expelled after testing positive for marijuana.

While marijuana law in California is much more relaxed than in states where cannabis remains prohibited, it isn’t a complete free-for-all. There are a few things to keep in mind when using cannabis in California, including how much you can carry, where you use it, and where you carry it.

Marijuana Law in California: Everything You Need to Know