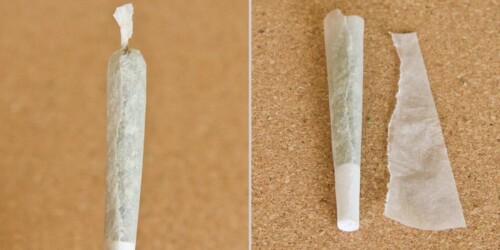 What is “Inside Out”?

A European rolling technique also referred to as a backroll, in which the orientation of the rolling paper is flipped and the excess paper is torn off after completing one rotation around the rolled cannabis. To learn how to roll inside out, check our step-by-step instructions.

“I’ll roll this one inside out so it doesn’t canoe as bad.”
“I’ve been practicing rolling joints inside out.”