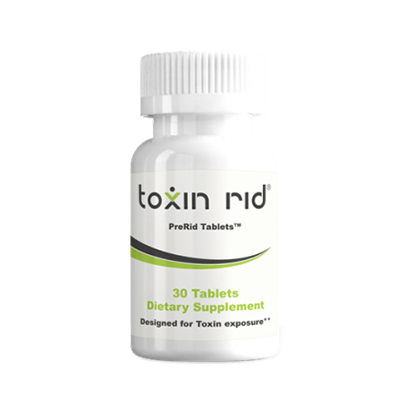 Need to pass a drug test and want to try the Toxin Rid Rescue Wash Mouthwash? Use our unique TestClear Coupon Code ‘TESTCLEAR10’ for 10% off your entire order!

If you’re anticipating a mouth swab drug test for employment or legal reasons, the Toxin Rid Rescue Wash works quickly and effectively when used as directed. While they’re uncommon for court-ordered drug testing, mouth swabs are quite popular for both pre-employment saliva drug screens and drug tests administered during the course of one’s employment, either through a randomized program or for other reasons.

If your employer has a randomized or regularly scheduled drug testing program in place that utilizes mouth swabs, this mouthwash would be nice to have on hand. Keeping a bottle or two on deck allows you to be prepared at all times for a scheduled test — and it also covers you in case you need to be tested following an accident (it could happen) for insurance or workers’ comp purposes.

The scent of Toxin Rid Rescue Wash Mouthwash is rather briny and a little bit metallic. This may owe to the magnesium, witch hazel, and chloride in the mouthwash, as the mineral, salty scent dominates the product’s smell. The ingredients list mint, but we don’t smell much so far. We’ll see what it tastes like.

Toxin Rid Mouthwash tastes like pepper water in the mouth, and it is not pleasant. It stings the soft tissues of the mouth, especially the tongue — by the end of the first prescribed three minutes, we felt like our tongues were being bitten by ants. Fortunately, the effect dies off a little bit towards the end of the time, but it’s very intense and not exactly pleasant at first contact.

Furthermore, the aftertaste is exceedingly bitter, salty, and unpleasant. It is a biting taste that made us gag, and we strongly suggest keeping water or a water-based drink nearby to swish within between doses of mouthwash. The flavor isn’t as bitter as the Detox Liquid in the 10-Day Detox, but it’s in that family of metallic, salty, unpleasant tastes.

The detox mouthwash is clear and slightly slippery to the touch. It doesn’t have much viscosity to it, which helps minimize the aftertaste of the mouthwash by making it easier to wash out. We don’t mean to be dramatic, but you’ll want to keep a glass of water for swishing in between doses. It’s not the most pleasant taste we’ve experienced, but, fortunately, it isn’t long-lived after some brief but vigorous swishing.

Since saliva tests have a concise window of detection, we did not abstain from cannabis before testing the mouthwash. We smoked our normal amount (about a gram or so) throughout the day, with the last bowl about an hour before testing. Then, we brushed our teeth (vigorously, focusing not just on the teeth themselves but on the cheeks, gums, and tongue) before taking the first of the three doses of mouthwash.

The immediate effects of the product are burning of the mucosa of the mouth, especially the edges and tip of the tongue. The severity of the sensation varied among our testers and was compared to acupuncture needles, habanero peppers, and fire ants by different testers. The feeling is the most intense when the product is first introduced to the mouth and can be minimized by limiting exposure to air during swishing.

Unfortunately, the aftertaste is salty, metallic, bitter, and decidedly gag-worthy (and not in a good way). We rid our mouths of the flavor by swishing with water or tea, but it is something to note. Again, while the ingredients list mint as a component of the mouthwash, it is by no means the dominant flavor.

The second and third rounds of mouthwash were no more pleasant but somehow a bit more bearable. After our final swish and rinse, we took the prescribed six breath mints (we used Altoids for their intensity, but feel free to choose your favorite — the goal is to make you salivate, which any mint will do). These had the added benefit of killing the last vestiges of the aftertaste from the mouthwash. Then, we took our saliva test and waited.

Regardless of how much we smoke regularly, each of us PASSED our saliva tests (including one tester who, in addition to medical cannabis, consumes CBD in excess of 100mg per day for symptom management). We were pleased to find that we passed! When used as directed, this mouthwash works — even when you don’t have time to abstain.

Each 1 oz bottle contains one total dose of the Toxin Rid Rescue Wash Mouthwash to thoroughly cleanse your mouth and salivary glands. The price of $29.95 per bottle isn’t exactly cheap, but it’s much more affordable than losing out on the job of a lifetime (or being fired from the one you have).

Furthermore, TestClear offers 10% off orders of 3-9 bottles and 25% off orders of 10 bottles or more. If you’re routinely in need of a product like this, purchasing in bulk can save you a substantial amount of money.

If you want to test yourself ahead of time, we suggest pairing the Rescue Wash with an oral drug testing kit. Testing in advance will help give you peace of mind, especially if you’re skeptical (understandable and encouraged!). If you have a regular need for Detox mouthwash, TestClear offers bulk discounts on large orders, allowing you to save on the price per bottle.

Similarly, by using our unique TestClear discount code [TESTCLEAR10] you can save 10% on your entire order.

There are many products available on the internet, in smoke shops, and even in convenience stores that are marketed as helping people pass drug tests. While some of these products may look like a bargain at checkout, they’re ultimately a gamble — sometimes, you get what you pay for. We trust TestClear for our drug testing needs, and we feel that trust is essential with something as important as drug test results.