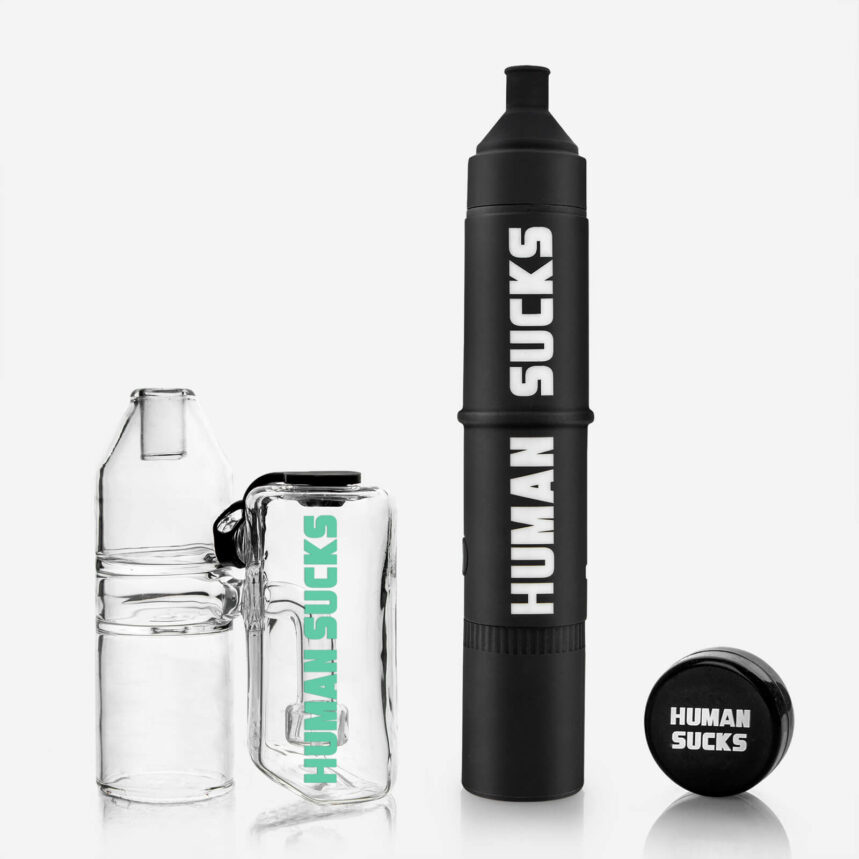 Inhalco is a massive cannabis accessory marketplace that offers a bit of everything related to smoking, vaping, or dabbing. The expansive selection includes nectar collectors, traditional bongs, intricate dab rigs, and all the parts and pieces you may need to complete and upkeep your smoking collection.

We definitely enjoy the variety and that they offer many of the industry’s top brands in one place. We’re particularly intrigued by this STINGER Electric Nectar Collector Kit, but we also recommend checking out Inhalco and the other products they have to offer.

Read more about the brand..

The STINGER Electric Nectar Collector is an electric take on the traditional dab straw with a few unique (and convenient) upgrades. It boasts a 2000mAh battery, 2 hour charge time, and lengthy battery life that’s supposed to last for up to 60 sessions.

With 4 variable heat controls, a 5-second heat-up time, and the option to attach the STINGER Glass Bubbler or smoke directly from the sleek mouthpiece, the device looks attractive for dabbing at home or taking your concentrates on the go.

The kit contains everything you need to get your electric nectar collector up and running and perform regular maintenance. Expect to find an extra heating tip, dab tool, pack of cleaning Q-tips that fit conveniently inside the small mouthpiece, a USB-C charger, and a simple storage box. The device was delivered discreetly, which we know is of utmost importance to some users. Everything was neatly packed (with the rig and bubbler packed separately in their own snug boxes), and parts were easy to identify, so it was pretty simple to get the rig set up and charging.

Right out of the box, we really like the sleek design of this blacked-out electric rig. We immediately noticed that it’s heavier than other electric rigs we’ve tried, probably because it has a durable build of medical-grade metal with a built-in silicone casing. Still, it isn’t too heavy to lug around when we want portability (which is what electric rigs are all about, right?), and the sturdiness of it is pretty reassuring.

We really like that the STINGER Nectar Collector has a replaceable ceramic tip, which (in our experience) heats more evenly on electric mods than a titanium tip. The pen has a magnetic cap that secures the tip to keep it clean in between uses and comes with tiny cleaning swabs that clean all the way inside the collector tip after use.

Like many electric rigs, the STINGER rig is operated by a single button. Five presses turned it on, and it definitely came to temp within the 5 seconds as promised. Three presses changes the temperature setting between four presets that range from 550 to 800 degrees Fahrenheit. As expected, the tip of this rig gets HOT, so definitely be wary of touching it while in use. The silicone sleeve keeps the rest of the rig at a reasonable temperature, and overall we found it to be easy to hold and operate.

When writing this review, we’ve been using the rig for over a week and have tested it with multiple different forms of concentrates. Without the glass bubbler, there’s nothing else particularly notable about the rig’s performance. That’s not to say it doesn’t work—it actually works really well, about as well as any other leading electric nectar collector we’ve tried.

However, the optional glass bubbler adds a new dimension to this rig that cools vapor through a water chamber and produces a smooth, flavorful plume of vapor. Despite the cooler temp of the vapor itself, using the bubbler gave us more of the “throat hit” we like when dabbing, probably because the chamber slowed down the vapor and collected a larger hit before we inhaled.

The bubbler attachment is simple to assemble and really easy to clean, but it negates the sleek portability of the base rig. Either way, the Glass Bubbler attachment definitely sets this rig apart from others we’ve tried. The device itself gets the job done and hits the mark in many areas of convenience, like quick charging and heating.

Inhalco has the STINGER Electric Nectar Collector Kit priced at 179.00, almost dead center of the typical price range for electric rigs. A similar electric rig from any leading brand could cost up to $300 while cheaper; basic rigs come in at the $100 mark. Plus, attachments are often sold separately. Oh, and Inhalco also offers free shipping on orders over $40.

For the durability, usability, and included accessories, we think the price point for this nectar collector is spot on, and we expect to get years of use out of this sturdy pen.

As we previously mentioned, this Nectar Collector has a heavy-duty, durable build that makes it sturdier than many electric rigs we’ve used. While its heavier weight may seem like a drawback, we really think it’s a fair trade-off for a mod that’s less likely to break when you drop it or malfunction from basic wear and tear.

“Absolutely great product. Easy convenient and simple operation make it a win win. Straw is not too big so you don’t waste wax. The bubbler attachment is dope and makes each hit smooth. Well worth the price.”

Overall, we were really impressed with the quality, usability, and performance of the STINGER Electric Nectar Collector, especially when using the glass bubbler attachment. It comes in at a mid-tier price point, but we definitely wouldn’t describe it as a mid-tier device, which makes this rig a great value for new or experienced users.

Combine that with the temperature control variability, quick charging time, and sleek, portable build and we think this nectar collector could quickly become an essential part of your dabbing collection.