Legal Cannabis in New York: 4 Things You Need to Know 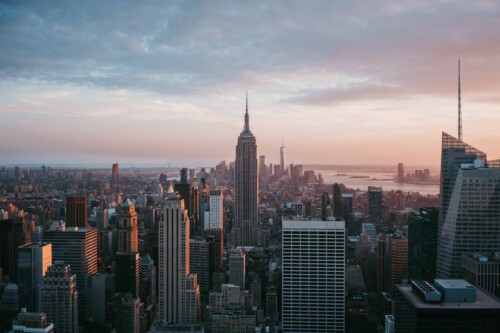 Interested in partaking in some legal cannabis in New York?

If so…you might have to wait a few months. That’s because the legal status of cannabis in New York has become surprisingly complex and political.

But we’re here to help! In this article, we’ll be walking you through four important elements of New York’s sometimes confusing cannabis laws.

Flashback to 1970’s New York, and cannabis was really illegal — those caught with any significant quantity faced a lifetime in jail!

Things have improved since then, though there’s still a ways to go. New York City (NYC) police have been criticized as recently as 2016 for liberal cannabis-related arrests.

On the plus side, medical cannabis has been legal in New York ever since a 2014 debate described as “lengthy” and “emotional” led Governor Andrew Cuomo to sign things into law. Just like so many other states, New York’s progress towards legal cannabis has been pushed along by parents (and advocates!) of epileptic children whose quality of life depends on the plant.

NuggMD makes it simple to get your medical marijuana card in New York.

A bill allowing full-fledged legal cannabis in New York failed to win approval last year, which has left the state in a sort of decriminalized gray zone. Many detractors of that bill claimed it favored large companies at the expense of small ones — corporatocracy at its finest.

Instead, explains cannabis industry insider Kaelan Castetter to New York Upstate, New York should encourage equality among everyone involved in legal cannabis “so we create 1,000 millionaires, not one billionaire.”

But that hasn’t happened yet either. For now, most cannabis violations are punishable only by fine; they’re no longer considered true criminal activity.

3. …But CBD edibles are illegal.

While hemp extracts themselves are legal per 2018’s federal farm bill, New York’s Department of Agriculture & Markets has taken the unusual step of siding with the FDA and prohibiting CBD-infused foods.

Easier said than done. CBD-infused foods and drinks continue to be sold in New York, mostly because most sellers haven’t been contacted by any authorities yet!

Still, the state Department’s verdict is clear. “No food or beverage product may be made or sold in New York State if it contains CBD as a food, a food additive or an ingredient,” a letter from deputy commissioner Jennifer Trodden states.

Strange, right? NY-based businesses and their customers are hoping for more clarification in the near future.

4. Fully legal cannabis could be on the horizon.

New York governor Andrew Cuomo has a full travel itinerary planned in the months ahead. Why? Call it field research—Cuomo wants to make sure his state’s recreational cannabis legislation starts off on the right foot by visiting several already-legal states first.

“I think there is a lot to learn here,” he told NY Daily News. “Let’s do it better than anyone else has done by actually learning. It’s not a phone call, it’s very complicated and there’s a lot of different dimensions to it.”

According to official reports, Cuomo has said he won’t be sampling the local cannabis of any areas he visits. Decide for yourself if that statement is accurate—either way, we like his approach.

It’s been a story of two steps forward, one step back for New York’s cannabis scene. One can only hope all the uncertainty gives way to a forward-thinking, intuitive recreational cannabis bill! We’ll keep you posted.

Legal Cannabis in New York: 4 Things You Need to Know