Legal Cannabis in Nevada: 5 Things You Need to Know 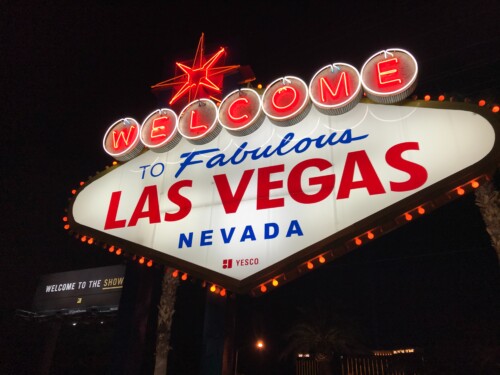 Are you wondering about legal cannabis in Nevada?

Here’s some good news: The state is pretty much experiencing a golden age in cannabis law reform. Both recreational and medical cannabis are legal in Nevada — and dispensaries in both realms are booming.

But that’s not all. Here are five important things you need to know about the legality of cannabis in Nevada.

Medical cannabis has been legal in Nevada since 2001. Qualifying conditions include:

2. What happens in Vegas doesn’t stay there anymore…

Recreational marijuana has been legal in Nevada since 2017, but the journey from new law to real-life happened kind of inconsistently. Certain areas of the state ended up welcoming recreational cannabis before others.

One of the earliest adopters? The city of Las Vegas. Fast forward to today and Vegas has dozens of dispensaries, many of them concentrated around the Strip and open until 3 AM. You can even get cannabis delivered to you — as long as you’re carrying some cash and not staying at a hotel.

3. The state has tons of dispensaries

Best of all, anyone over the age of 21 can legally buy cannabis at Nevada dispensaries. Just bring your driver’s license or ID! Also keep in mind that you technically can’t buy more than two-and-a-half ounces of bud within a two week period. Apparently someone’s keeping track.

4. Get a medical card if you want the super strong stuff

An even, well, stronger perk? In Nevada, a medical cannabis card grants one access to unusually strong products — like 300, 500, or even 1,000-milligram edibles.

One more positive aspect: Cardholders who live 25 or more miles from the nearest dispensary can even grow their own medicine.

5. Some employers can’t test for cannabis

Yes, really. The law responsible went into effect January 1st, 2020…and it made Nevada the very first state to prohibit pre-employment drug tests for cannabis.

“That really opens up their job pool and allows for that much more normalization in this state, and you’re going to see many other states, too, following through with very similar legislation,” cannabis consultant Jason Sturtsman told Channel 3 News.

This law is still being fully worked out; for example, employers can still test their current employees, and those in certain fields (firefighters, EMTs, etc) aren’t exempt. But it still marks a step in the right direction. If cannabis is legal, then obviously even those with important careers should be free to partake.

*For more info on the ins and outs of drug testing, just click here!

Overall, Nevada is doing cannabis right. They’ve come a long way since 2017’s initial recreational legalization. And we’re hopeful that the state’s laws will continue to progress well into the future.

Legal Cannabis in Nevada: 5 Things You Need to Know