Legal Cannabis in California: 5 Things You Need to Know 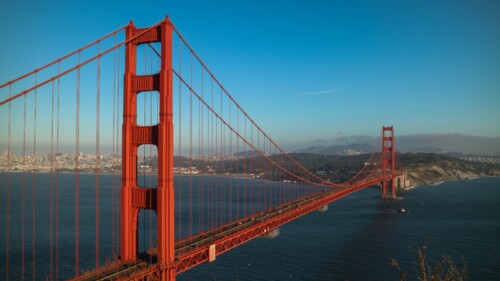 Here’s the good news: There is legal cannabis in California.

And true to the state’s character, California’s cannabis laws are pretty progressive.  But you might still have questions…and there are still some nuances you should definitely keep in mind.

In this article, we’ll be taking a much closer look at legal cannabis in California. Here are five important elements of California’s cannabis laws.

1. California and cannabis go way back

California was one of the first states to adopt a medical cannabis program, which it did in 1996! Patients were recommended medical cannabis by licensed physicians per a law called proposition 215 / California Compassionate Use Act.

And even back then, the requirements for medical cannabis were pretty easy to meet! According to NORML, anyone with “cancer, anorexia, AIDS, chronic pain, spasticity, glaucoma, arthritis, migraine, or any other illness for which marijuana provides relief” could get access to medical marijuana.

2. Recreational cannabis is legal, too!

Recreational weed doesn’t go back quite as far, but it’s still been fully legal since 2017. Any Californian adult over 21 can possess up to an ounce of cannabis flower or eight grams of cannabis concentrate [California Legislature].

In fact, adults can even legally sell their (fairly limited) cannabis stash. They also have the option of growing up to six cannabis plants for personal use. Cheers to free enterprise!

3. Dispensaries are the way to go

Only licensed dispensaries can sell retail-ready cannabis products…and thankfully there are lots of them to choose from! Dispensaries are also prohibited from using volatile solvents (think butane) in the production processes unless they have special licensing.

California cannabis products must also be precisely tested and labeled. As is often the case, legalizing a substance tends to make it safer.

4. Can you smoke in public?

With all this freedom, you might be wondering if a public toke or two is allowed. It’s not — at least not yet. Technically, even things like vaporizing and consuming edibles in public are illegal! Thankfully, some local governments make an exception.

On the bright side, penalties for these types of infractions (which also include possessing cannabis on school or daycare properties, and having an ‘open container’ of cannabis in your car) are pretty light.

Despite all of California’s legal progress, black market cannabis still accounts for up to 80 percent of the state’s market. Why? Largely because overzealous regulations and high tax rates have made retail cannabis very expensive. And customers who are used to paying $100 an ounce (before law changes) have proven unwilling to pay $250 an ounce now.

On the bright side, change may be coming. California lawmakers are taking a proactive approach in hopes of getting their state’s cannabis scene unstuck. We’ll keep you posted if and when things improve!

So, there you have it. Cannabis of all sorts is legal in California — just don’t do any DIY butane extractions or flaunt your love for flower in public.  We hope this short guide helped you learn more about what to expect from California’s legal cannabis scene.

Legal Cannabis in California: 5 Things You Need to Know