How to Use THC and CBD for Synergistic Effects 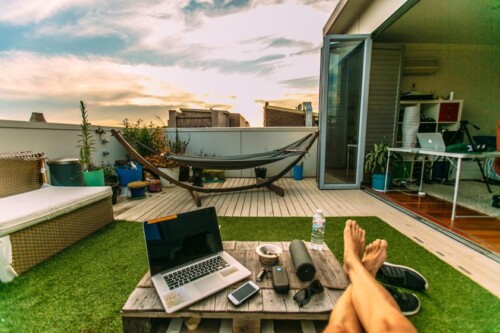 While THC, the component in cannabis responsible for the “high” feeling, gets most of the attention and press (after all, psychoactives tend to be flashy as chemical compounds go), scientists as well as the general public are becoming more aware of another component of cannabis with medical properties: CBD. CBD has gained traction in recent years, though its role in the cannabis experience is still not entirely clear. What is clear are its therapeutic benefits, with potential applications in everything from sleep disorders to chronic pain to post-traumatic stress disorder to inflammatory bowel diseases.

In addition to its own properties, there is some evidence to suggest that CBD may work in conjunction with THC and other cannabinoids, producing synergistic effects not produced by the individual components on their own. This theory is commonly known as the Entourage Effect and is widely accepted among cannabis consumer circles. There is some evidence to support a synergistic relationship in particular between THC and CBD, meaning the two compounds may be able to work in tandem to produce effects not present in either’s pure form.

Cannabis is a complex plant, made of over 400 chemical components.  Of these, over 113 are classified as cannabinoids, meaning they bind with cannabinoid receptors all throughout the body. You also produce cannabinoids naturally (these are called endocannabinoidsand contribute to that feeling of calm and well-being often experienced after exercise, especially endurance activities), which is why you have receptors for them in your central nervous system. The cannabinoids produced by cannabis, known as phytocannabinoids, act in a similar manner to produce similar feelings of relaxation, euphoria, and pain relief.

However, not all cannabinoids are created equal, and each cannabinoid compound acts in a different way to produce different effects. THC is the most notorious of cannabinoids for its psychoactive, euphoria-inducing effects as well as its potential to cause unpleasant side effects such as anxiety and paranoia, especially at high doses. It does produce medicinal effects, particularly relating to pain and inflammation relief, but many people cannot or do not wish to take it at high doses because they do not wish to feel impaired by its psychoactive effects.

CBD is also a cannabinoid, but lacks THC’s psychoactive effects, meaning that no amount of CBD is going to get you high. However, like THC, it also provides medicinal benefits such as relief for chronic pain, anxiety, and nausea, as well as potential benefits for diseases ranging from cardiovascular illness to stroke to diabetes. In particular, CBD appears to be a promising treatment for drug-resistant epilepsy. While much more research is needed, preliminary results are positive and, since it doesn’t carry potential for abuse, CBD can be ordered online and shipped to all 50 states in the U.S.

In addition to THC and CBD, a third class of chemicals, called terpenoids, may be helping to boost the effects of other cannabinoids.  Terpenoids are naturally found in many fragrant plants and foods (you know the legend that mangoes help get you higher? Terpenoids are the chemical responsible both for the mango’s rich scent and its ability to level up your high), including cannabis. Terpenoids provide cannabis with more than just its skunky aroma, they may also help “prime” your cannabinoid receptors, allowing them to respond more readily to cannabinoids.

So, we know that CBD and THC can be used independently (in the form of isolated concentrates) to produce different effects, but what about using them together, as we do when we consume whole flower and whole-plant concentrates? If you’re a medical consumer in particular, there are benefits to consuming THC and CBD together, and there is evidence to suggest a synergistic relationship between the effects of THC and CBD in treating a variety of conditions.

Synergy Between THC and CBD

Some studies have hinted at a synergistic relationship between THC and CBD, particularly in medical applications. A 2008 study found that there was evidence to support a synergistic relationship between cannabinoids and terpenes, particularly when treating the following conditions: chronic inflammation, pain, anxiety, and depression; epilepsy; cancer; fungal and bacterial infections; and addiction. The exact mechanism of this synergy is not yet known. It could be that the terpenes helped compound the effects of THC and CBD, it could be that CBD and THC enhanced each other’s effects, or it could be a combination of the two (and possibly other as-yet-unexplored explanations).

Another study, conducted in 2010, provides results that are a bit more conclusive. The study compared treatment protocols for cancer patients for intractable pain. Patients were treated with either pure THC concentrate, pure CBD concentrate, a combination of the two, or a placebo. The study found that CBD effectively relieved the patients’ pain, where the THC concentrate did not deliver the same results. This finding suggests the ability of CBD to bolster the medicinal effects of THC.

This same study also found that the combination of THC and CBD was a suitable replacement for opioid pain relievers, meaning that the use of THC and CBD isolates alone was sufficient to replace opioids in patients’ care and treatment regimens. This study provides evidence that there is a direct synergistic relationship between THC and CBD when it comes to treating chronic pain.

Using THC and CBD: Getting the Most From Your Herb

The reality is that most of us already consume THC and CBD synergistically, either through consumption of whole flower or whole-flower concentrates. However, there are steps you can take to start using this relationship to your benefit in order to get the most out of your cannabis experience while minimizing any unpleasant side effects.

First, pay attention to the THC to CBD ratio in the strain (or strains) you choose. Unless you’re looking to get stratospherically high, you probably don’t need one of those super high-THC strains from the dispensary. Not only are those strains more likely to get you uncomfortably high, but they’re also more likely to result in side-effects like paranoia and anxiety. If you’re already someone who suffers from the jitters when you consume cannabis, avoid those heavy hitters in favor of a more balanced herb. If your only option is a high-THC strain, consider seeking out a CBD product to combine with your herb.

There is evidence to support the idea that CBD may serve to blunt some of the negative side effects from THC some consumers experience, particularly anxiety. It may also help to enhance its more desirable effects, such as pain relief and reduction of chronic inflammation. Furthermore, the terpenes contained within cannabis modulate the effects of both THC and CBD, making both compounds more effective.

The bottom line is this: the cannabis plant should be consumed in its entirety rather than isolating it into its various constituents. The most medically effective cannabis products are those that contain the full range of cannabinoids and terpenes—those that capitalize on the Entourage Effect.

The 10 Best Cannabis Strains for Meditation