How to Use Cannabis with Yoga 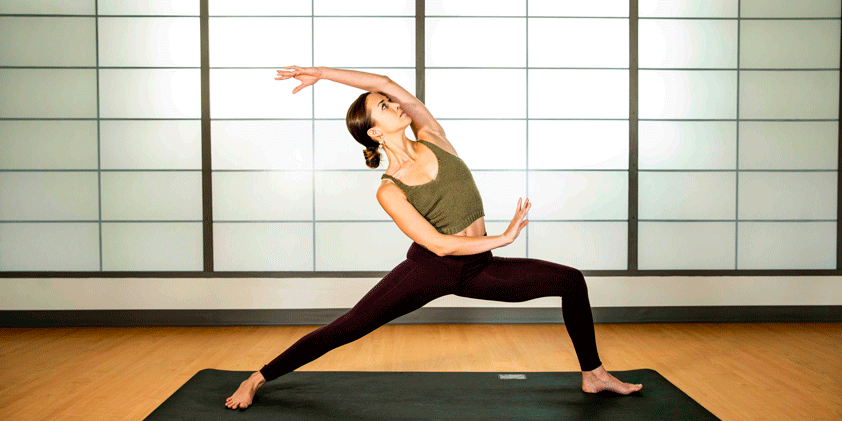 If you’ve ever thought about elevating your downward dog with cannabis, you’re not alone. Maybe it’s the scent of patchouli wafting out of studios, or the frequency of dreadlocks among practitioners, but something has people stereotypically connecting yoga and weed. The desire to enter a higher state of consciousness and deepened relaxation attracts many yogis to experiment with the effects of cannabis on their practice. As cannabis becomes recreationally acceptable across the country, more are beginning to wonder what all the hype’s about. This curiosity is satisfied by the increasing number of studios adding classes that present a safe space for experimentation with yoga and cannabis. Whether you’re on board with stoned salutations or not, there’s no denying the positive influence it’s had for many yogis.

The relationship between yoga and cannabis is nothing new; in fact, there’s evidence that the two have remained close throughout history. As ganja-friendly classes start to pop up in studios all over the country, practitioners are becoming more aware of the significance of cannabis in ancient yogic theory. The choice to indulge is highly personal, and for some, their reasoning is attached to the symbolic value deeply ingrained in the history of yoga. For others, their use has nothing to do with historical context; they simply appreciate the calming effects of cannabis on their practice.

Many practice yoga to find a sense of balance, focus, and clarity, all of which are also reasons for some to seek cannabis. With people stepping on their mat and lighting up with similar goals in mind, it’s no wonder, then, that the two are so often blended. Using yoga as a vehicle to spiritually get where you need to go is a valuable tool that alters our consciousness state and enhances the connection between mind and body. Cannabis nourishes an open-minded perspective which helps students understand teaching cues and improves their capacity to feel movements on a broader level. This combination, however, doesn’t necessarily provide yogic bliss for everyone and should be thoughtfully weighed before planting roots in any practice.

Now before you go hitting a joint and jumping into a headstand, there are a few points to ponder. Set the stage for your experience by selecting the appropriate strain and dosage according to the atmosphere you’ll be practicing in. Smoking yourself to the point of awkward discomfort won’t be fun in a crowded yoga room, and frankly, it could be dangerous for your neighbors. The person next to you likely won’t be amused by the ‘too high’ excuse if you topple over on them during practice. Likewise, if you hinder your ability to focus on the instructions provided in class, you’ll be that flailing distraction in the back, and nobody wants that. A word to the wise: know your limits beforehand and stick to the styles of yoga that benefit from the introduction of cannabis—slower classes like Yin are great! Getting high and going upside down isn’t for everyone, it’s about learning to embrace that you’re more of a savasana smoker.

How to Use Cannabis with Yoga

How to Microdose Cannabis

How to Travel With Cannabis: Driving, Flying, & Essentials

How to Buy Cannabis In a Dispensary: Sativa, Indica, & Hybrid Strains

How to Make Edibles: The Ultimate Guide to Cooking with Cannabis

How to Smoke Cannabis Correctly: An Easy & Complete Guide

What Is A Cannabis Sublingual?