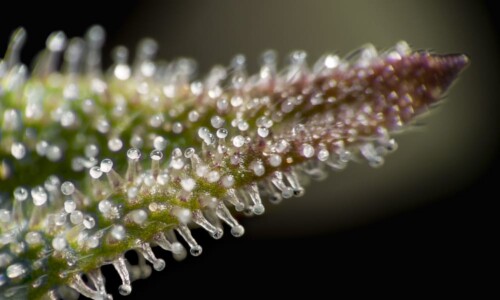 What is a “Trichome”?

Trichomes also referred to as glandular trichomes, are tiny hair-like components that are found on the epidermis of several types of plant stems and leaves. At the tip of the hairs of these specialized formations are glandular cells that produce, store, and secrete substances, mainly valuable essential oils.

Nearly all plant species produce some sort of hair-like formation, yet only around 30 percent of vascular plants have the ability to create the sought-after substances trichomes are known to create.

Glandular trichomes come in several different shapes, depending on the plant species. This makes them a characteristic that is often used in the classification and identification of a plant species or strain.

“Many look to the abundance and size of trichomes to determine cannabis quality. ”