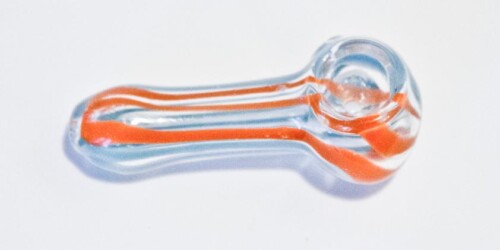 A narrow tube, typically made from glass (though metal, ceramic, wood, bone or antler, and even silicone are also common), with a bowl at one end for containing burning cannabis, the smoke from which is then drawn into the mouth through the other end of the tube.  Many pipes feature a carb, but some do not.

“I just got a new pipe, come over and we’ll try it out.”
“You need to get a new pipe, this one-hitter is not cutting it.”