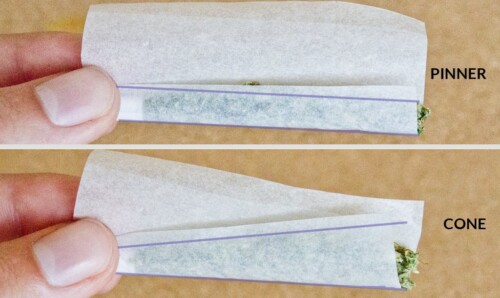 Joints come in many sizes and shapes, a pinner is one of the most common.

“I don’t want to get really high, just roll a little pinner.”
“Ask Bob to roll a fatty, I’m only good at rolling pinners.”