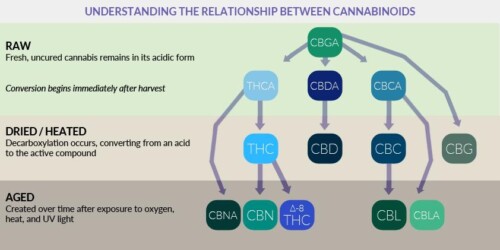 Cannabinoids are a class of diverse chemical compounds found in cannabis (and in the human body — these are referred to as endocannabinoids) that act on cannabinoid receptors in the body. There are over 85 identified phytocannabinoids, the most prevalent being THC and CBD. These are the compounds responsible for the therapeutic effects associated with cannabis.

“Research has found that the cannabis plant produces between 80 and 100 cannabinoids.”