CBD For Seizures and Epilepsy: The Science of CBD as an Anticonvulsant 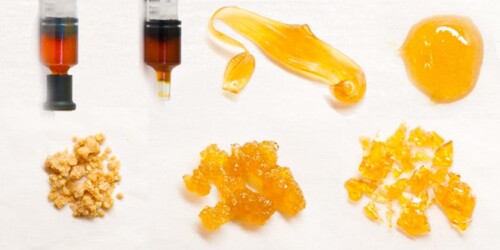 How Does Cannabis Help With Seizures and Epilepsy?

You’ve probably even seen the story on the news – a child is plagued with constant seizures and taking dozens of medications to try and stop the seizures – none of which work until they try some CBD tinctures and then boom! No more seizures.

This is why so many people, including children, have turned to CBD for natural, plant-based relief from seizures and epilepsy. Whether you suffer from general epilepsy or a specific disease like Dravet syndrome, you may want to talk to your doctor about replacing certain medications with CBD, which has minimal side effects. In fact, epilepsy is the first area where a cannabidiol-based medication has gained FDA approval. This medication, called Epidiolex, contains an oral dose of cannabidiol is approved to be prescribed to adults and children alike who suffer from certain seizure disorders.

Much of the reason CBD became so popular is the result of its anecdotal effectiveness in treating seizures, specifically in children. But how is this possible?  In this article, we’ll look at a series of medical studies that have been performed over the past forty years. These studies evaluated CBD’s medical efficacy in treating those who suffer from various types of seizures.

What Studies Exist to Support the Use of CBD in Seizures and Epilepsy?

Research looks specifically into the use of cannabidiol for two common childhood forms of epilepsy. Studies have shows that cannabidiol may help suppress seizures in cases of Lennox-Gastaut syndrome and in cases of Dravet syndrome. In fact, one cannabinoid based medication has FDA approval for the treatment of both disorders, and many patients (and their parents) have experience life-changing effects.

Further research looks into the effects of cannabidiol on a broader spectrum of seizure-related disorders. Research regarding the effects and responsibilities of the endocannabinoid system in regards to neural processes and brain signaling related to epilepsy and seizures provides a solid foundation for future research.

In general, researchers have established a strong connection between cannabidiol and epilepsy and seizure disorders. Because of the non-psychoactive and widely accepted safety profile of the supplement, much of the available research also dives into the use of cannabidiol for pediatric conditions. Research efforts regarding the use of cannabidiol-based therapy for epilepsy are expected to continue to incline. Much more research is needed before the general use of CBD (aside from Epidiolex, which requires a prescription) can be officially recommended as a treatment pathway for seizure disorders. For now, the strong link between the plant-based supplement and seizure disorders is apparent in the following studies:

1. Report of a parent survey of cannabidiol-enriched cannabis use in pediatric treatment-resistant epilepsy.

A 2013 study surveyed the parents of children suffering from treatment-resistant epilepsy. The survey explored the use of CBD as a form of alternative treatment for children suffering from epilepsy. “Thirteen children had Dravet syndrome, four had Doose syndrome, and one each had Lennox-Gastaut syndrome and idiopathic epilepsy. The average number of antiepileptic drugs (AEDs) tried before using cannabidiol-enriched cannabis was 12. Sixteen (84%) of the 19 parents reported a reduction in their child’s seizure frequency while taking cannabidiol-enriched cannabis. Of these, two (11%) reported complete seizure freedom, eight (42%) reported a greater than 80% reduction in seizure frequency, and six (32%) reported a 25-60% seizure reduction. Other beneficial effects included increased alertness, better mood, and improved sleep.”

2. Chronic administration of cannabidiol to healthy volunteers and epileptic patients.

Another study looked at 15 patients suffering from generalized epilepsy with a temporal focus and divided them into two groups. Each patient received, in a double-blind procedure, 200-300 mg daily of CBD or placebo. “The drugs were administered for as long as 4 1/2 months…throughout the experiment, the patients continued to take the antiepileptic drugs prescribed before the experiment, although these drugs no longer controlled the signs of the disease. All patients and volunteers tolerated CBD very well and no signs of toxicity or serious side effects were detected on examination. 4 of the 8 CBD subjects remained almost free of convulsive crises throughout the experiment and 3 other patients demonstrated partial improvement in their clinical condition, whereas only one placebo patient improved.”

3. Seizing an opportunity for the endocannabinoid system.

A 2014 study simply stated that, “Exogenous [plant-based] cannabinoids can limit seizures and neurodegeneration, and their actions are largely mimicked by endogenous cannabinoids (endocannabinoids).”

5. The cannabinoids as potential antiepileptics.

A 1981 study concluded that, “the anticonvulsant nature of cannabidiol suggests that it has a therapeutic potential in at least three of the four major types of epilepsy: grand mal, cortical focal, and complex partial seizures.”

7. Report from a Survey of Parents Regarding the Use of Cannabidiol (Medicinal cannabis) in Mexican Children with Refractory Epilepsy.

In 2016, “structured online surveys were used to explore the experiences of the parents of children with refractory epilepsy using medicinal cannabis in Mexico…The parents reported a decrease in convulsions when cannabidiol was used in 81.3% of the cases; a moderate to significant decrease occurred in 51% of cases, and 16% of cases were free from seizure. The number of antiepileptic drugs being used was reduced in 9/43 (20.9%) cases. No serious adverse effects were reported…”

8. Protective Effects of Cannabidiol against Seizures and Neuronal Death in a Rat Model of Mesial Temporal Lobe Epilepsy.

A 2017 a study reported, “Our findings demonstrate anticonvulsant and neuroprotective effects of CBD preventive treatment in the intrahippocampal pilocarpine epilepsy model, either as single or multiple administrations, reinforcing the potential role of CBD in the treatment of epileptic disorders.”

A 2012 study evaluated CBD’s effect on animals suffering from seizures. CBD reduced both the amount of animals suffering from seizures as well as the number of deaths as a result of seizures. “These results extend the anti-convulsant profile of CBD; when combined with a reported absence of psychoactive effects, this evidence strongly supports CBD as a therapeutic candidate for a diverse range of human epilepsies.”

Which CBD products help with seizures and epilepsy?

When designing a cannabidiol-based regimen for managing seizure disorders, it’s important to note only one medication currently has FDA approval for the treatment of epilepsy. That means that benefits of CBD for epilepsy, in general, have not been proven. Still, many people have utilized CBD regularly with positive results. If you decide to try it for yourself, note that CBD may be best used as a preventative first, and then can be used to manage additional flare ups. This is true even for managing seizures, but for the best effects, you’ll want to establish a baseline amount of CBD in your system to help prevent symptoms before they start.

There are a number of different CBD products that may be suitable,  but for managing seizures we recommend ingesting full spectrum CBD oil daily in the form of Tinctures or Gel Capsules.

These two products on differ in two ways: form factor and dosage. When considering the differences between a sublingual tincture and pre-measured CBD capsules, the difference is obvious. The best CBD tinctures and gel capsules will also utilize a high-quality carrier oil, like MCT oil or hemp oil, in order to aid the absorption of CBD in the body.

Additionally, many people find that they still need a method to help them manage acute flare-ups from seizure disorders. Depending on your preference, there are multiple methods you could choose for managing these flare ups.

Whatever the cause  – we recommend vaporizing CBD isolate to combat these acute seizure flare-ups. Vaporizing or dabbing CBD isolate allows you to instantly experience relief. CBD isolate is a 99% pure version of CBD and vaping it allows for instant absorption, and near instantaneous relief.

You can also take more CBD capsules or another tincture dose to manage these flare-ups, but these methods will take longer to take effect than vaping CBD isolate, so they may not be as useful for managing sudden flares.

Often, the best way to manage moderate to severe epilepsy and seizure disorders is to combine multiple different products, based on your needs, to provide relief and preventative healing all day long.

What is the correct CBD dosage to help treat seizures and epilepsy?

Finding the correct dosage for you means taking an introspective look at the type and severity of the condition you wish to treat, your personal biological factors, like tolerance or weight, and a bit of easy experimenting.

We suggest those suffering from any kind of seizures start with 5-10mg per day of CBD. If you get no relief at this dosage, we suggest increasing by 5-10mg until your desired effects are achieved. CBD tinctures are one simple method for increasing the dose by small increments as needed.

Other products, like CBD gel capsules, come in doses that are conveniently pre-measured. Starting with the lowest dose offered, like a 10mg capsule, is often a great step. If you need to up the dose, there’s no harm in taking two capsules, as CBD doesn’t have any harsh side effects.

Then, you can up your dose as needed, but keep in mind that these ingestible products are processed more slowly by the body, often providing relief for many hours, sometimes even the entire day. When using ingestible CBD products, you should keep in mind the delayed onset time – it can take up to an hour and a half for the full effects of a CBD capsule or tincture to be felt, so be patient before deciding to increase your dose.

Understanding how to dose a CBD vaporizer is a bit different, since different vaping mechanisms have varying vapor outputs and many products vary in formula and potency. The good news is that CBD vapes kick in quickly, usually within 10 minutes, so you can monitor the effect and then “stack” doses as needed, until the desired level of relief is reached.

A Note About CBD and Drug Interactions

CBD has a pretty solid safety profile, and is even supported by the World Health Organization, but it’s important to remember that it may have interactions with other medications you take daily. Just like you can find medicine labels that warn of taking your pills with grapefruit juice, CBD works in a similar way to disrupt some pharmaceuticals. It does so because CBD is metabolized by the cytochrome P450 enzyme group, the same groupe of liver enzymes needed to metabolize the majority of prescription medications.

Many of the prescription medications taken for seizures and epilepsy, like anticonvulsants, utilize cytochrome P450 pathways for absorption and may interact with CBD. The interaction is generally not dangerous, but simply causes the liver enzyme levels to be lower after CBD administration, which can inhibit the absorption of other medications. If the medication is meant to treat life-threatening symptoms, then this interaction could pose some risk.

However, this effect that CBD has on cytochrome P450 enzymes is only temporary, much like the grapefruit juice. Often, spacing out your doses is enough to avoid any interaction between CBD and your regular medications, but you should always talk to your doctor about CBD before you get started, especially if you already take anticonvulsants or other prescriptions every day.

What Other Conditions can CBD Help With?