CBD For Schizophrenia: Does CBD Have Antipsychotic Effects? 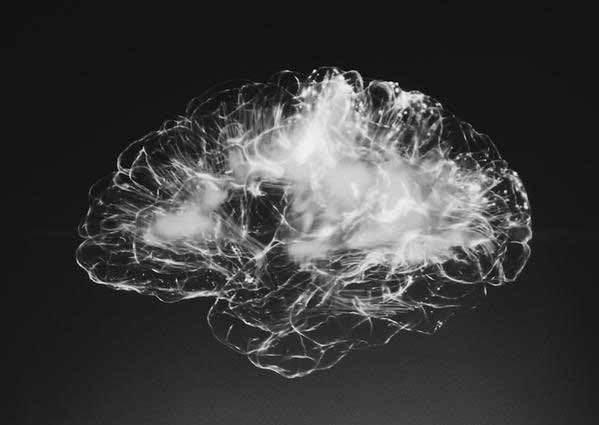 How Does Cannabis Help With Schizophrenia?

Scientific research has shown us a lot of potential medical uses for cannabidiol, or CBD. From anxiety and depression to skin rashes and aching joints, this chemical compound that derives from the cannabis plant has been determined to play a potential role in several applications. One possible use for CBD that has been studied for years is its potential to treat psychosis or schizophrenia.

Schizophrenia is a chronic disorder that severely affects brain functioning in less than one percent of the United States population. Symptoms of the disorder typically first appear between the ages of 16 and 30, though children can be diagnosed as well.

Symptoms are categorized in three ways: positive, negative, and cognitive.

“Positive” symptoms are psychotic behaviors, such as hallucinations, dysfunctional thinking, and movement disorders.

“Negative” symptoms have more to do with emotions and behaviors, like reduced feelings of pleasure or difficulty beginning and completing tasks.

“Cognitive” symptoms vary in subtlety, but include trouble focusing and problems with applying new knowledge, or “working memory.”

The causes of schizophrenia are still relatively unknown, although researchers believe it is due to a combination of brain chemistry, genetic makeup, and the environment. Treatments focus on the symptoms of the disease rather than the disease itself. Even if symptoms appear to have subsided, schizophrenia requires lifelong treatment, consisting of medications (antipsychotics), psychosocial therapy, and, in severe cases, hospitalization.

Antipsychotic medications, however, typically only treat the positive symptoms – patients are still left with negative and cognitive symptoms, often resulting in anxiety, depression, and impaired memory and problem-solving skills.

People with schizophrenia have issues with naturally occurring brain chemicals, like neurotransmitters such as dopamine and glutamate – the brain disease affects the central nervous system and causes abnormal communication patterns between brain cells.

CBD, which is a non-intoxicating chemical compound (or “cannabinoid”) of cannabis, is now being considered as a treatment for schizophrenia after years of research on its antipsychotic effects. Some research shows that ingesting high concentrations of CBD in cannabis may lead to fewer psychotic episodes. Evidence also suggests that it may help to treat the negative and cognitive symptoms that typical antipsychotic pharmaceutical drugs cannot treat – and with fewer side effects than traditional medications.

When taken along with antipsychotic medication, CBD is believed to limit the amount of dopamine (known as the “feel-good hormone”) that is blocked as a result of the medication. It could also help to ease hallucinations and delusions – the positive symptoms of schizophrenia. While the research regarding CBD for schizophrenia is still in its infancy, many researchers are hopeful in eventually establishing CBD as an official treatment pathway.

What Studies Exist to Support the Use of CBD in Schizophrenia?

Research regarding CBD is just beginning, as legal restriction and a predominant interest in the effects of THC have overshadowed cannabidiol for some time. Now, however, experts are quickly realizing the massive health potential of the cannabinoid, which is reflected in several studies regarding CBD’s effect on the brain and psychological disorders.

Because of the link between the endocannabinoid system and brain function, researchers have led studies that have confirmed CBD as a potential alternative treatment for schizophrenia. Further research is expected and is necessary before cannabidiol can officially be recognized as a treatment for mental health disorders, but for now the following studies help us understand the link between CBD and schizophrenia:

1. Cannabidiol, a Cannabis sativa constituent, as an antipsychotic drug.

A 2006 study reviewed trials that show the antipsychotic effects of CBD. Using CBD in animal models showed that CBD produces effects similar to that of atypical antipsychotic drugs. “In addition, open case reports of schizophrenic patients treated with CBD and a preliminary report of a controlled clinical trial comparing CBD with an atypical antipsychotic drug have confirmed that this cannabinoid can be a safe and well-tolerated alternative treatment for schizophrenia.”

2. Neuronal and molecular effects of cannabidiol on the mesolimbic dopamine system: Implications for novel schizophrenia treatments.

A 2017 study summarized pre-clinical and clinical evidence that shows how CBD interacts with the serotonin receptor system. “Together with clinical evidence showing that CBD may normalize affective and cognitive deficits associated with schizophrenia, CBD may represent a promising treatment for schizophrenia, acting through novel molecular and neuronal mesolimbic substrates.”

3. Antipsychotic-like effects of cannabidiol and rimonabant: systematic review of animal and human studies.

A 2012 study sought to identify a greater link between CBD and anti-psychotic effects and concluded “The results predominantly confirm the hypothesis of an antipsychotic activity of both cannabinoids. In comparison, cannabidiol appears to be superior to rimonabant with a pharmacological profile similar to atypical antipsychotic drugs.”

A 2017 study found that CBD has a direct impact on social interaction that may make it useful for patients with schizophrenia. The article concludes that  “chronic CBD administration can attenuate the social interaction and cognitive deficits induced by prenatal poly I:C infection. These novel findings present interesting implications for potential use of CBD in treating the cognitive deficits and social withdrawal of schizophrenia.”

Which CBD products help with schizophrenia?

As you design a CBD regimen to treat symptoms of schizophrenia, remember that the benefits of CBD for schizophrenia have not yet been proven. Still, people have reported positive effects when using regular doses of CBD to manage the condition. Schizophrenia is a chronic disease and its symptoms can be constant, so if you wish to try CBD, it is important to take a form of CBD that will offer hours of relief at a time. It’s also important to note that cannabidiol may be best utilized as a precautionary measure.

Basically, CBD should be used regularly for maximum relief. In order to get the greatest efficacy out of your CBD supplements, you need to establish a baseline concentration of cannabidiol in your system. After utilizing the protective properties of CBD, you can still use it to manage sudden symptom flare-ups.

There are a variety of CBD products that you can choose from, but for managing schizophrenia, we recommend ingesting full spectrum CBD oil daily in the form of tinctures or gel capsules.

These two products are identical in formulation, both utilizing the power of full spectrum CBD. However, the different dosing styles are what generally sway preference. Tinctures are dropped under the tongue while capsules are easily swallowed. Just make sure you choose a product that combines CBD with high-quality MCT oil, a fat needed for the body to effectively absorb cannabidiol.

After establishing a baseline routine, many people still look for a way to utilize CBD for sudden acute flares. There are several methods you can choose, but some kick in more quickly than others.

No matter the cause  – we recommend vaporizing CBD isolate to combat these acute symptoms flare-ups. Vaporized CBD kicks in fast, and CBD isolate is a 99% pure version of cannabidiol that can quickly provide relief from head to toe.

Many people find that managing symptoms of schizophrenia is easier when using a combination of CBD products.

What is the correct CBD dosage to help treat Schizophrenia?

Depending on your unique factors, like your weight, tolerance, health conditions, and more, you may need more or less CBD than the next person to experience complete relief. The best way to find an effective dose for managing schizophrenia is to experiment by starting low and slowly increasing.

We suggest those suffering from any kind of inflammation start with 25mg per day of CBD. If more CBD is needed for complete relief, we suggest slowly increasing your dose by 5-10mg at a time. Tinctures make this easy, since they can be measured out in pretty small and precise doses.

CBD capsules offer pre-measured doses that are convenient for large doses, especially for people who already know the exact dose they need. However, there’s no harm in using a low dose capsule to gradually increase your total dosage, especially since CBD has no severe side effects, and nobody has ever overdosed on CBD to date.

As you increase your dose, don’t forget that ingestible products have a delayed onset. Ingestibles like capsules and tinctures can take up to 90 minutes to take full effect, so give plenty of time to monitor effects between dose adjustments.

CBD vaporizers don’t provide doses that are easy to measure, so dosing it a bit different. Instead of measuring a certain amount of CBD, measure your dose in the “number of puffs” it takes to get relief. Luckily, vaporizers kick in quickly, so you can monitor the effects and adjust your dose about ten minutes after the first dose.

Dosing for CBD vaporizers is also slightly different since it can be difficult to properly meter doses with certain vaping devices. Starting with a low-dose cannabidiol vape or CBD additive can help you smoothly experience the fast-acting effects. Because the therapeutic effects of vaporized CBD kick in so quickly, you can easily “stack” doses as needed until the desired effects are reached. Simply increase your dose one “puff” at a time, waiting about 10-15 minutes in between to monitor the effects.

A Note About CBD and Drug Interactions

CBD has been labeled as safe by multiple research efforts and even large organizations, like the World Health Organization. However, you should still note that CBD may interact with certain medications. In the same manner that grapefruit interacts with some drugs (hence the warning on many medication labels), CBD may affect the efficacy of other substances that are metabolized by the cytochrome P450 enzyme group. That’s because CBD also relies on this same group enzymes for absorption in the liver, so there’s a significant opportunity for interaction when CBD is taken alongside other medications.

Interactions could include many of the prescription medications taken for schizophrenia, like antipsychotics, which are metabolized by the same liver enzymes. These interactions are only considered dangerous if CBD interacts with a life-saving medication.

Even more, the effect that CBD has on these liver enzymes is brief, and many people experience no significant interactions at all. Either way, talk to your doctor about CBD if you already take other medications or have a chronic diagnosis.

What Other Conditions can CBD Help With?