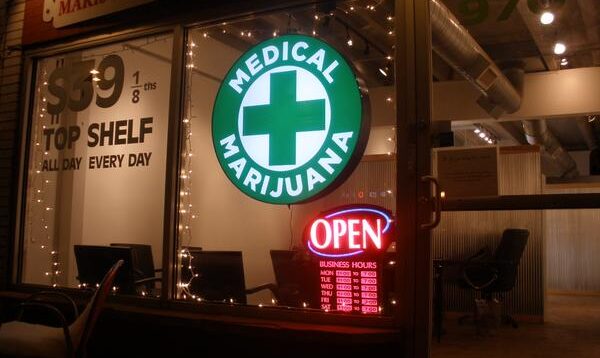 Marijuana, or cannabis, has over 100 chemical components, some of which are being used to manage numerous health conditions. Cannabidiol (CBD) and tetrahydrocannabinol (THC) are the most widely used components of marijuana for the treatment of medical conditions. These chemicals mimic the regulatory effects of a natural endocannabinoid system in your body.

For decades, marijuana has been studied and remains a subject of argument over its therapeutic application. However, sufficient scientific studies have shown the potential of medical marijuana to treat or manage numerous conditions with lesser side effects & potential for addiction than some conventional medications.

In this article, we outline the top 3 conditions that medical marijuana can treat.

Scientific and anecdotal evidence indicate the pain-relieving potential of marijuana. According to a National Academies of Sciences, Engineering, and Medicine report,  treatment with medical marijuana reduced pain symptoms by at least 40% in patients with chronic disease.

A regulated dose of medical marijuana is effective for the treatment of:

Remarkably, marijuana is a safer alternative to opiates which are addictive and can be overdosed. Medical marijuana can also replace NSAIDs for patients with kidney disease, ulcer, or GERD.

Neurological disorders affect the brain and nerves of your body. Medical marijuana, through its direct effect on the nervous and endocannabinoid systems, improves some neurological conditions. These include:

In 2018, a CBD-containing drug, Epidiolex, was approved for the treatment of two severe forms of epilepsy in children. It was found that the number and frequency of seizures were significantly reduced in children treated with Epidiolex.

Medical marijuana is popularly known to improve mood. However, for treatment, the dosage must be strictly adhered to.

A study in 2010 revealed that CBD has the anxiety-relieving ability in research animals. Another 2018 study found that using medical marijuana reduced dependence on benzodiazepines to relieve anxiety. A participant of the 2018 study remarked that “a small amount of cannabis can improve your mood. I currently use a gel pen that delivers a tiny dab to my skin. It sinks in, and I relax.”

Researchers at the National Center for PTSD in California found the exaggerated fear responses in PTSD to be moderated by medical marijuana. THC, especially, reduces the number and intensity of nightmares in PTSD patients of a clinical trial in Canada. Many veterans and their therapists also reported drastic improvements in PTSD upon treatment with marijuana.

Scientific evidence suggests that medical marijuana is effective in treating vomiting and nausea. This is especially true for chemotherapy-induced nausea and vomiting, which is not typically treated by conventional drugs.

However, unregulated long-term use of medical marijuana can cause recurrent vomiting, pain in the abdomen, and nausea, a condition known as Cannabis Hyperemesis Syndrome.

For centuries, marijuana has been used in the treatment of various medical conditions. Though the scientific evidence is still building, there is enough to support its use for pain relief, management of neurological disorders, and treatment of nausea and vomiting. Although medical marijuana has its side effects, it is relatively safer compared to some conventional drugs, and especially alcohol, which many use to self-medicate.

Wordsmith. Writing about health in general and medicinal cannabis in particular at VIGOR.icu and elsewhere. Hobbies: swimming, gardening, and binge-watching popular TV shows.