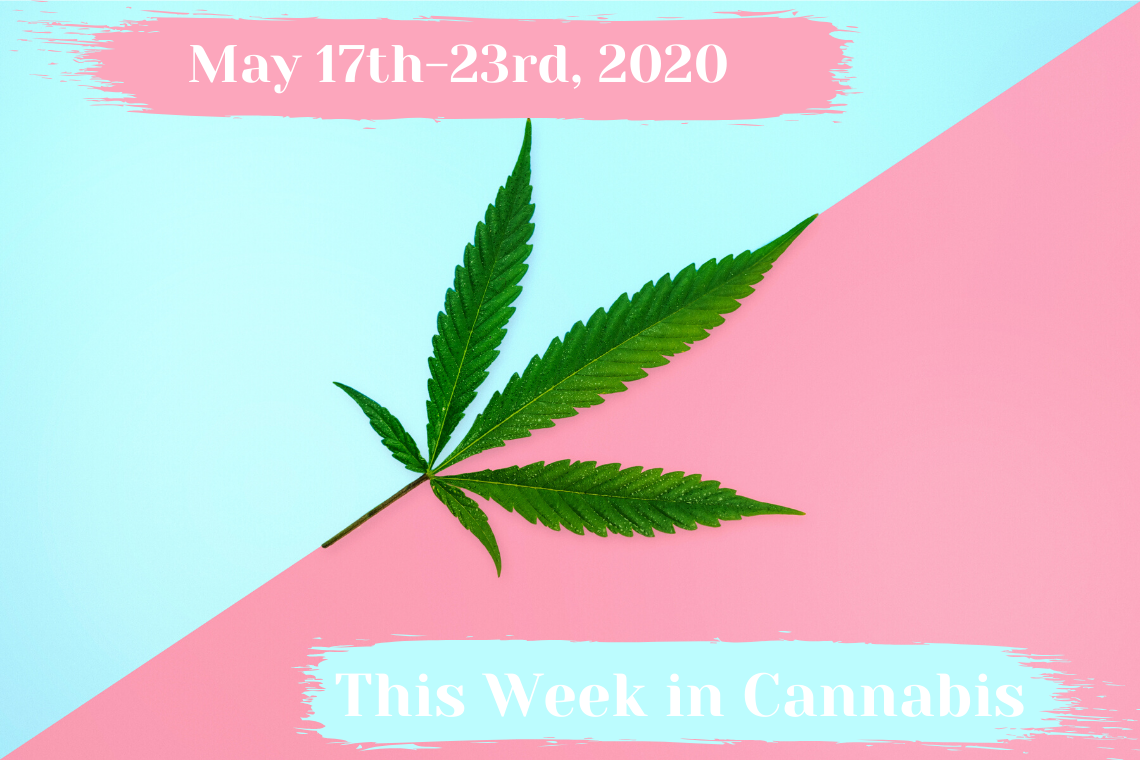 First, some good news: Cannabis’s legal progress still isn’t slowing down. Lawmakers across the U.S. and Europe are pushing for sensible, logical, and fair regulations that should only continue to benefit cannabis consumers.

On a slightly less bright note, major cannabis companies are struggling right now. It turns out mass-scale cultivation is just too pricey to happen indoors; leading brands in both the cannabis and hemp spaces are having to streamline and downsize. And of course the coronavirus isn’t helping. But could there be a bright side to it all? Let’s see.

At first, people thought cannabis was the only thing capable of boosting ECS function. How boring! As it turns out, working out can help, too. In fact, some researchers believe runner’s high is caused by the endocannabinoid anandamide.

But the full picture is even more exciting. Why? Because sex could also help your body stay in endocannabinoid-mediated balance—good sex, that is. “I would suggest at least once a day doing something that strongly stimulates endocannabinoid activity,” affirms cannabis expert and osteopath Dr. Dustin Sulak.

So if you’re out of cannabis and feeling too tired to exercise, at least take some time to heed the doctor’s orders…

Medical cannabis isn’t yet legal in Montana, but that could all be changing very soon. An organization called New Approach Montana  is currently pulling out all the stops in its quest to gather voter signatures, adherence to social distancing included.

Leafly describes NAM’s safety precautions as “unprecedented,” and indeed, we like their style. The organization has been “providing disposable pens and gloves for each signee, taking the temperature of each canvasser, requiring canvassers to wear masks at all times, and more.” It’s hoped that signatures gathered will lead to constitutional amendments and eventually pave the way for full, statewide legalization.

For decades now, cannabis seeds have been a decidedly black-market commodity. Even in areas where cannabis is now legal, the process of obtaining seeds can be anything but.

The Ontario Cannabis Store aims to change that; its goal is to create a regulated, over the table marketplace of premium cannabis seeds. “We’re going to continue to list more and more seeds until we have a really robust portfolio that is enticing and resonates with consumers who are looking for great genetics,” Manager Peter Shearer told MJ Business Daily. It seems the victory gardens we mentioned a few weeks back are still en vogue.

Aurora Cannabis hasn’t been doing so well recently. Despite their high hopes, flashy IPO, and cool name, the Canadian company has found itself deep in the red.

And what do you do when faced with insurmountable debt? You sell stuff, of course!  In Aurora’s case, they just sold a huge greenhouse for 6 million dollars…a greenhouse that was originally valued at 12 million USD. It’s all part of the company’s stated plan to “rationalize capital expenditures.” Let’s just hope Aurora can make a more conservative comeback in the future — a comeback geared solely around meeting consumer needs.

CBD companies in France are currently banned from advertising and/or marketing their goods. Even CBD oil’s legality is questionable, and that’s just not fair, according to EU legal advisors.

Though hemp is currently legal in France, cultivating hemp specifically for its CBD content isn’t. Only more industrial uses like fiber and grain production are allowed; hemp’s flowers can’t be used for anything. This law has actually backfired on CBD consumers, as many of the semi-illegal products available in France are made from low-quality biomass, stalks, and stems.

Cannabis advocates and legal experts alike are now pushing for full legalization, which would be a “crucial step towards much-needed regulatory harmonization,” according to attorney Eveline Van Keymeulen. We completely agree.

It’s been an interesting week within the world of cannabis, as big companies flounder while legal progress gives the power to the people. Might the future of cannabis, like so many other things, be decentralized? It sure will be if those legalized seed vendors continue to pop up.