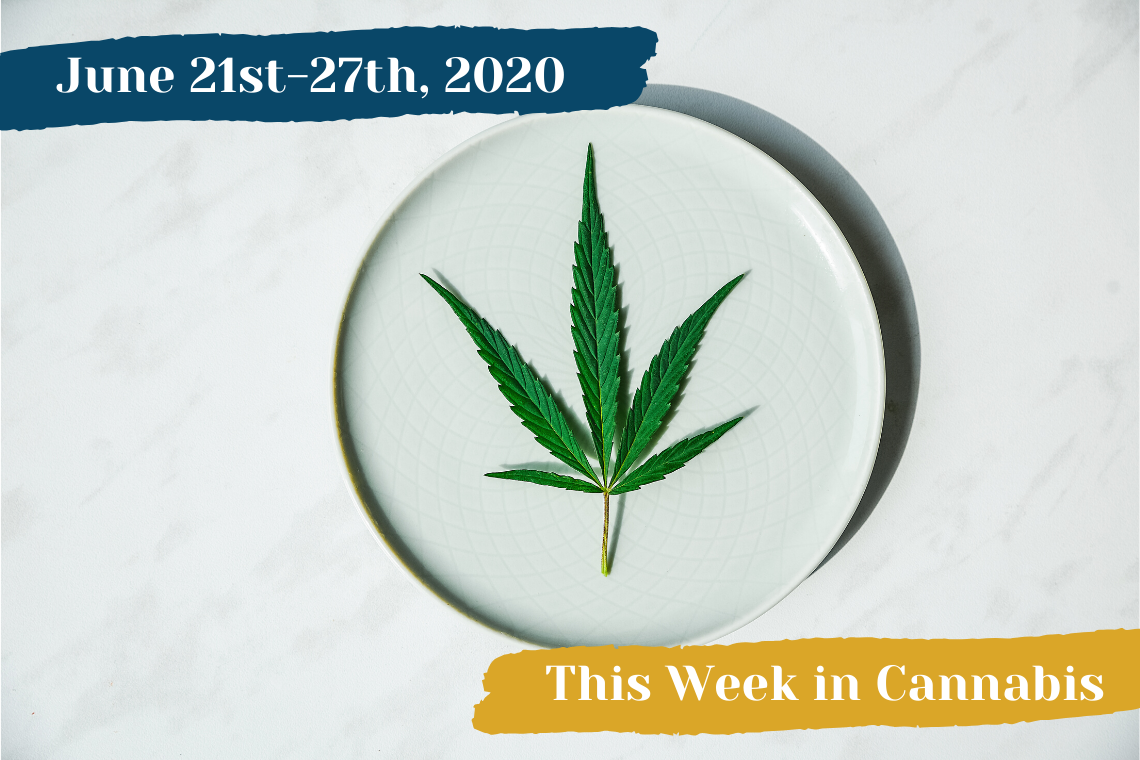 Equality is a big topic this week, for many reasons. So we’re pleased to report that the cannabis industry has been taking a stand for what’s right in more ways than one—this week has been marked by activism, opportunity, and entrepreneurship. It’s been pretty refreshing to see! Here’s a closer look.

North Carolina’s piedmont region is home to more than a few hemp farms, and for good reason. Its fertile soil, rich farming history, and warm weather make it a great place to grow hemp.

But even here one hemp farm, in particular, stands out. This farm takes a holistic approach, grows many different medicinal plants, and uses organic teas to feed its soil.

Another thing? The farm’s owner and CEO is a black woman who goes by the name Farmer Cee.  “I own almost 15 acres of former tobacco farmland in Liberty, North Carolina, a befitting name,” Cee told Project CBD. “We are a medicinal plants farm, with hemp being one of the many beautiful medicinal plants that we grow.”

And while Farmer Cee, whose real name is Clarenda Stanley, believes in CBD, she’s not a huge fan of society’s current fixation on it. “We believe in and practice holistic plant medicine, which is why you do not see us on the CBD bandwagon,” she says.

Stanley’s Green Heffa’s farm is also all about restoration. One of their primary goals is to provide meaningful farming jobs to minority women. Their target market is similar: “Socially conscious Black women who appreciate and value a company that is committed to social good […].” Sounds pretty good to us.

Marijuana: A Method to the Madness

It’s one thing to talk about equality…and another thing entirely to create financial systems that make it possible. That’s exactly what rapper & performer Method Man is doing. In other words, he’s starting a cannabis company!

Its name is TICAL—the same name as his first album, short for Taking Into Consideration All Lives—and its mission is a noble one. Together with fellow celebrity Al Harrington, Method Man hopes to “lift up black owners in the cannabis industry” by providing them with “incubator programs and advocacy initiatives.”

For his part, Harrington has stated that he hopes to make 100 black millionaires through the cannabis industry. We’d say that beats million-dollar CEO compensation (more on that, later) every time.

Equality for All Mainers

Though Maine has a pretty solid medical cannabis program, its requirements are pretty stringent. Mainers are required to live in the state for at least four years prior to becoming eligible for a much-sought-after medical card; though this requirement was deemed unconstitutional, the city of Portland still has similar statutes of their own.

But that might not be the case for much longer. A dispensary called Wellness Connection  is suing Portland on the basis that its rating system prioritizes Maine residents, with “more than 25 percent of the points available [either] reserved for Maine residents or [awarded] based on a consideration that strongly favors Maine residents.”

While equality is truly great and all, there could be a conflict of interest going on here: Wellness Connection is owned by a New York-based company…

As great as all the aforementioned efforts at equality have been, the cannabis industry still isn’t quite where it should be. A different kind of inequality has surfaced in the case of cannabis conglomerate Canopy Growth—income inequality.

Just to be clear, we have no problem with people getting paid a lot for providing a lot of value. Without a definitive link between work and payment, what would the motivation to work hard even be?

But Canopy Growth’s perception of their CEO’s value seems a little, well, out of touch with reality—given the company’s financial status. Even though they’re suffering huge losses and laying off hundreds of workers, Canopy’s new CEO is going to get paid $975,000 USD / $1.3 million CA a year. That’s more than double what any previous CEO has ever gotten paid. If nothing else, this trend towards sky-high CEO compensation makes you think…

The world might be a pretty tumultuous place right now, but those of us in the cannabis industry are actually weathering the storm pretty well. Here’s to hoping that the cannabis entrepreneurs of the future are able to prevent such storms from happening as often in the future—whether that’s done by growing hemp, helping others start their own businesses, or something more.  This week’s happenings are definitely a start.