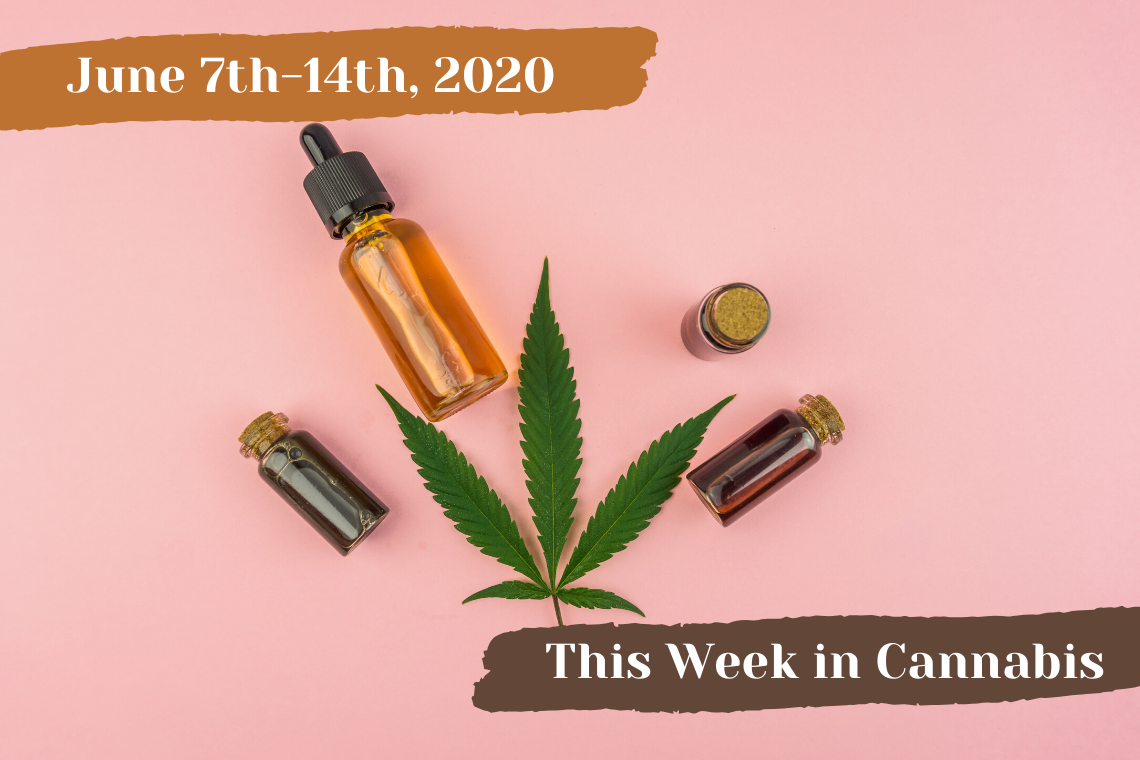 The world might still be in turmoil, but cannabis is actually doing pretty good right now. Perhaps a nice dose of cannabinoids is just what our culture needs? They’re only getting more and more legal, after all. Here’s a closer look at what’s happening this week.

Could these two concepts be tied together somehow? That’s what travel legend Rick Steves thinks, according to an interview he did with Leafly this past week. Steves has spent the last 20 years campaigning alongside NORML for legalized cannabis use. He sees minority groups as among the hardest hit by insensible policies:

“….People put their financial interest above our civil liberties, and poor people and people of color get arrested for it,” Steves explains. In light of the tragic events involving the murder or George Floyd and resulting worldwide protests, we’d say Rick Steves is right.

Connecticut’s MMJ program just got a whole lot broader. Though the state’s eight-year-old program already has about 40,000 patients enrolled, it never acknowledged chronic pain as a qualifying condition—until now.

“I am grateful to the Board of Physicians and the Regulations Review Committee for considering these conditions so carefully,” Consumer Protection Commissioner Michelle H. Seagull said, as reported by the CT Post. And why wouldn’t they be considerate? Pain relief is one of the best benefits of medical cannabis, so we’re thankful to hear that Connecticut natives can now use it for (legal) relief.

Already the first country in the world to legalize recreational cannabis sales on a Federal level— back in 2013—Uruguay is at it again. A native-based company called Fotmer Life Sciences just shipped over 3,300 pounds of THC-rich cannabis to Portugal. The shipment’s buyer chose to remain anonymous, but they reportedly got quite a deal—two dollars per gram, including insurance and transportation costs!

If these shipments continue, Uruguay will soon become the world’s leading exporter of cannabis.

It’s been speculated for a while that Jesus Christ worked his miracles by means of a cannabis-infused anointing oil, but one new study is making such theories seem pretty plausible.

That’s because cannabinoid and the terpene-laced residue was just found at a shrine described as the “Holy of the Holies” in Beersheba Valley, Israel. According to study authors, this marks the first time that physical evidence of cannabis use has been found in the ancient Near East. Interestingly enough, the residue was placed atop an ancient altar, “conceivably as part of a ritual that took place in the shrine.”

Citizens wanted to smoke it. Farmers wanted to grow it. Law enforcement wanted it outlawed. It took some debate, and a ban seemed inevitable at one point…but the people finally got their way. Smokeable hemp flower is still legal in North Carolina!

All in all, it was a great week for cannabis. Legalization marches on, if only by degrees, towards a brighter future. At the same time, we continue to learn more about how those who came before us viewed cannabis.