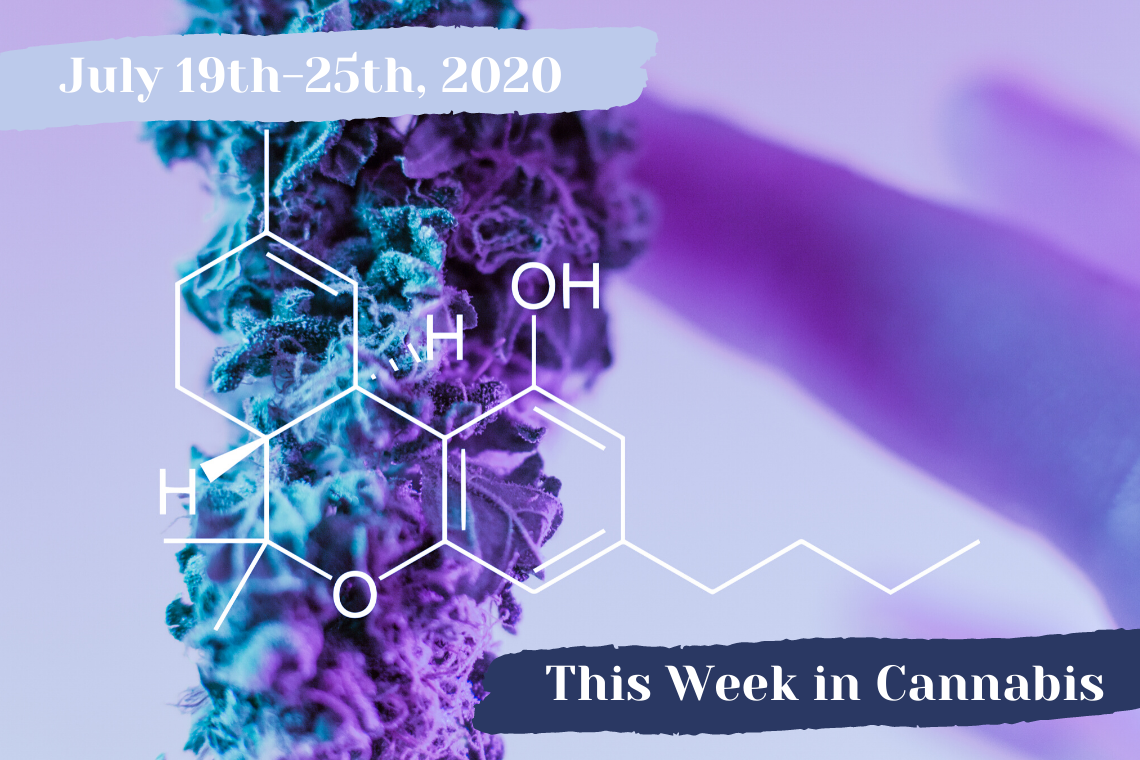 It’s been a pretty busy week for those in the cannabis & hemp industries. Cannabis marches ever forward, though recent events highlight more than a little ongoing resistance. Here’s a closer look.

Cannabis: A Conduit for Racism?

We have good news and bad news. The good news is that California’s cannabis-related arrests fell 27 percent from 2018 to 2019—with “just” 1,181 felony-level arrests last year.

The bad news is that a disproportionate number of these arrests fell on minority groups. Hispanics alone were responsible for nearly 42 percent of all arrests, and African Americans 22 percent. Are these demographics really smoking that much more cannabis than the rest of us? Doubtful.

Stats from California’s NORMAL point to something similar: Black residents are 4-and-a-half times more likely than white residents to be arrested for an MMJ-related crime. Again, are they really using that much more cannabis? We don’t think so.

Harassment remains a problem, too. And then there’s the fact that anyone who wants to enter California’s legal market faces huge startup costs and near-50-percent taxes…

The NBA brought in approximately $8.8 billion last year. If you think that’s a lot, you might be surprised to hear that cannabis sales totaled up to even more. Data from the Marijuana Business Factbook says the cannabis industry reached at least $10.6 billion—and that’s being conservative. Sales may have been as high as $13 million. As more and more states adopt increasingly permissive medical cannabis programs, expect sales to go even higher.

If things keep up at this rate, by 2024 cannabis sales will have surpassed those of craft beer. Oh, and prescription pain meds.

You’d think the company responsible for films as psychonautic as Alice in Wonderland would be all for the creativity that comes from cannabis us, but that not necessarily true—at least for the amusement parks Disney operates.

Even though many of the parks are in cannabis-friendly locations, the parks themselves have staunch anti-MMJ policies.

Heck, they’re even against CBD. Just last year, 69-year-old great-grandmother Hester Burkhalter was arrested  for possessing federally legal CBD. Even though Burkhalter’s CBD contained less than the federally legal 0.3-percent THC, and even though she went the extra mile and carried along a doctor’s note, Hester’s attorney told Miami New Times that county policemen seemed “hell-bent on putting Ms. Burkhalter in jail.”

We understand and respect that Disney wants to keep their parks substance-free and safe for children, but is this really the best approach? If Disney is to remain relevant to the whole family—elders included—it should at least allow enough CBD to get through days filled with miles of walking and oftentimes jerky rides.

Mike Tyson has undergone quite the transformation in recent years. Once called “the baddest man on the planet,” Tyson seems to have found his inner peace by adopting a plant-based lifestyle.

And we mean “plant-based” in pretty much every way possible. Tyson is now a proponent of everything from veganism to Ayahuascan analogs. He’s even made a major entrepreneurial foray into cannabis! In addition to building a literal cannabis ranch, Tyson’s company has partnered with Smart Cups to produce printable cannabis products.

Yes, printable—as in printing water-soluble cannabinoids into cups in order to get an effortlessly perfect dose once said cups make contact with water. There’s a research element here, too. “We have partnered with top research universities to collect critical clinical data supporting CBD for medicinal purposes and pain relief,” the Ranch Companies’ CEO said in a report.

It remains to be seen whether these innovations came about thanks to Tyson’s cannabis use, DMT experiences, business partners, or some combination of the three.

Another week, another mix of happenings both good and bad. On the plus side, cannabis is only getting more popular—but certain groups are still keeping themselves busy trying to outlaw it. We think it’s safe to say who will win in the end…