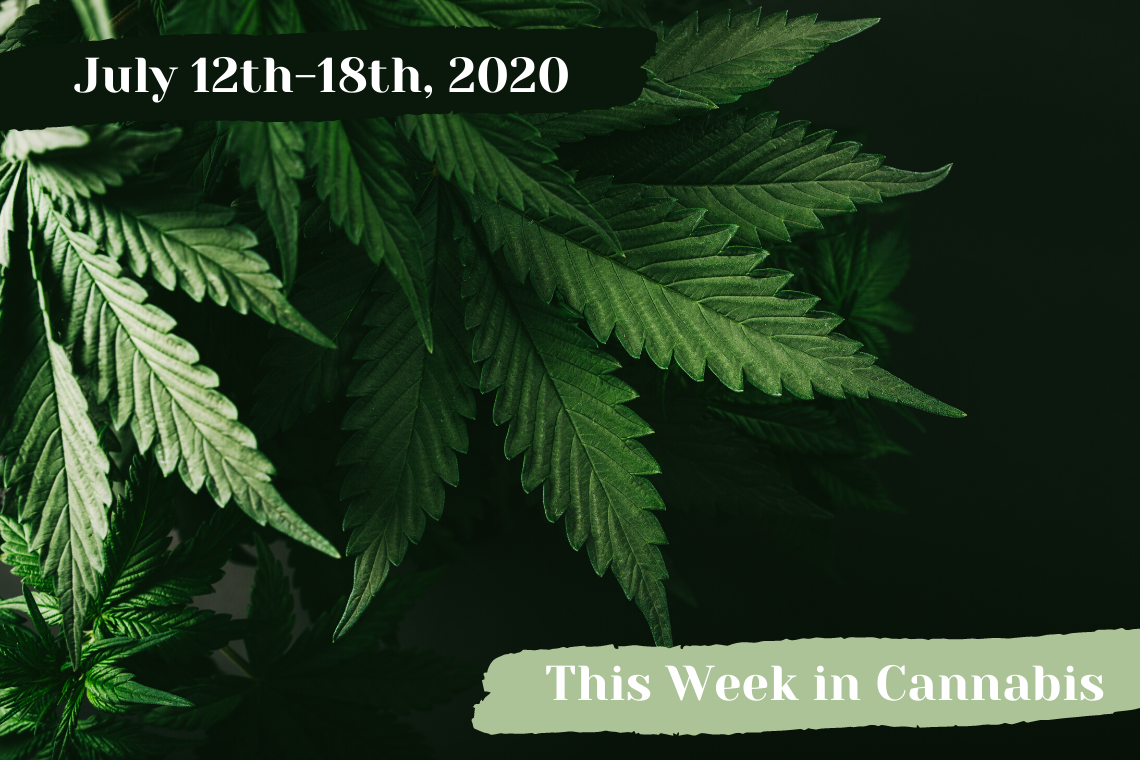 This week in cannabis, like most of them, was an example of balance. It saw some cannabis companies struggling to treat its workers right; meanwhile, the CBD industry is being challenged to level up. Here’s what went down.

The Doctor Behind the Charlotte Figi Story

All you advocates out there are probably pretty familiar with the story behind CBD’s emergence into the spotlight.

It all started in 2013. Neurosurgeon and celebrity doctor Sanjay Gupta had just claimed we’d been “systematically misled” about cannabis on CNN…children like Charlotte Figi had just begun taking CBD-rich cannabis extracts, courtesy of their desperate parents…states like Colorado were branching out from MMJ. All in all, it was a recipe for CBD’s success.

But Gupta wasn’t the only doctor to play such a pivotal role in this special cannabinoid’s takeoff. An M.D. named Alan Shackelford was busy working behind the scenes.

“I was still quite conservative, but I knew that there were other ways to approach things aside from simply the standard schoolbook approach,” Shackelford recounts to  Project CBD. “So, I had an open mind, and I always looked for better ways to do things to treat illness. And there will always be better ways to do things, and new and innovative ways to treat illness that improve upon what we were already doing.”

For Dr. Shackelford’s patients, one of these “new and innovative” roads to healing was CBD-rich cannabis.“People began to request it,” Shackelford says, though he was quite skeptical until one patient successfully weaned himself off opioids.

From there the timing was impeccable. Shackelford began his research and soon found a 1980 study demonstrating CBD’s potential anti-epileptic qualities; shortly after that, he was approached by Charlotte and her parents and prescribed a high, but imprecise, dose of crude CBD oil.

It worked—“she was having 300 a week, and in that first week she had none”—and the rest is history.

If you think about it, cannabis can already deliver some near-mystical benefits. But combine it with some stargazing, as Leafly has done, and things get even better! “Synergy is the name of the game for the next few weeks,” Leafly’s guide explains, before diving deep into what each of the 12 zodiac signs can expect in the coming month. Those of the Saggitarius sign, for example, are advised to get through the month’s temptation by sampling a strain called Candy Apple.

Back in 2017 a Penn State study brought about some unsettling results: Roughly 70 percent of CBD products were mislabeled. This finding led many brands to revamp their testing protocols, presumably for the better…

But an FDA-issued report (PDF) from this year indicates that things haven’t improved as much as you might think. Of 147 CBD products tested, many had too much THC, and some had no CBD at all. And less than half of the CBD oil/tinctures tested managed to get within 20 percent of their stated CBD values.

“Today’s report emphasizes what we have been arguing for years: The FDA needs to regulate hemp and CBD products,” said Marielle Weintraub, head of the U.S. Hemp Authority. Here’s to hoping reform happens fast!

Cannabis industry workers in Massachusetts are fed up. Strained by poor working conditions and mediocre wages, employees of Mayflower Medicinals have realized there’s strength in numbers and taken steps to form a union.

“The ripple effect being felt today in Massachusetts cannabis will serve working families from largely disenfranchised populations and help them to achieve better careers and better futures—it’s a cause worth fighting for,” said the union’s organizer, Fabricio DaSilva.

So far, Mayflower’s parent company, iAnthus Holdings, has kept pretty silent on the issue. Maybe their interim CEO’s 400k/year salary will be trimmed down for the greater good, maybe it won’t…

This week in cannabis wasn’t all good or all bad, if you think about it. Even its seemingly-negative events presented some clear examples of how things might improve! Will those in positions of power heed the call? Our joints are crossed.