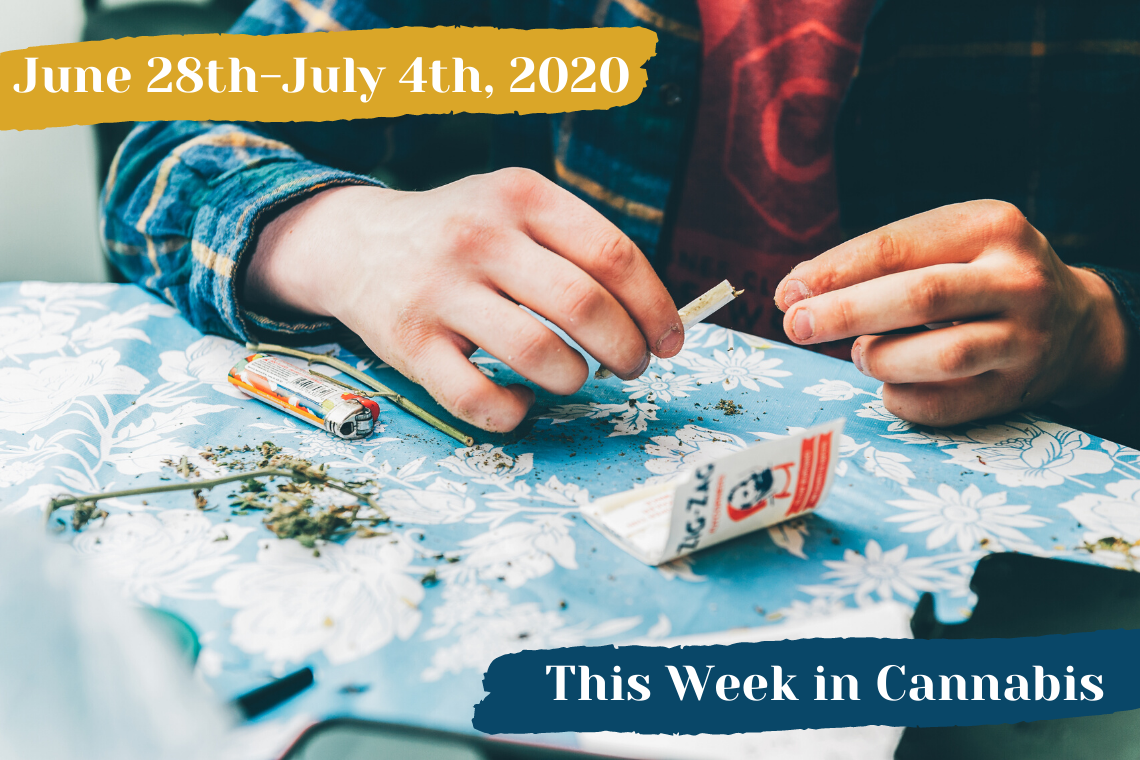 We’ll be honest, recent cannabis news hasn’t been as bright as one would hope. Some U.S. states passed backward-looking cannabis laws; some companies partook in eyebrow-raising business practices. Nonetheless, it’s that time of the week, so let’s take a closer look. We’ll kick things off with a positive…

It turns out that medicinal mushrooms and medicinal cannabis have a lot in common.

“Mushrooms are rock stars for our immune systems, but they support other areas of the body, too—like the nervous system, liver, cardiovascular system, and more,” MD Aviva Romm tells Project CBD.

Mushrooms must be extracted in order for their active compounds to be most effective. These mushroom extracts are often taken in tincture form, which allows for easy usage and dosage titration.

Another similarity between ‘shrooms and cannabis: They are both are bioaccumulators, which means they’ll absorb any toxins or pesticides present in their growing mediums. To err on the safe side, go with organically grown!

Yet another similarity: Mushroom dosing, like cannabis dosing, is individualized. There’s no one-size-fits-all solution. “With medicinal mushrooms, there’s a maintenance dose and a condition dose,” mycologist Tradd Cotter attests, with the “condition dose” being needed only in severe situations like cancer.

Acreage Holdings Gets A Loan, Sort Of

If you thought those “Buy Here, Pay Here” car dealers were sketchy, then you may not like the terms involved in Acreage Holdings’ recent cannabis industry transaction.

According to a news release, Acreage just secured a short-term, $15 million dollar bank loan with a 60 percent interest rate. Its purpose? A somewhat vague combination of “working capital and general corporate purposes.”

For collateral, the company put up facilities in Illinois, Florida, and New Jersey. Oh, and a good amount of intellectual property. The loan matures in just four months; if Acreage is unable to pay, it loses all that collateral plus $6 million of extra cash.

Acreage is also poised to begin raising investor money soon, but it’s unclear if potential investors will be scared off by the company’s recent history with profitless assets and employee layoffs.

Let’s just hope Dave Ramsey doesn’t hear about all this.

Perhaps you’re wondering if cannabis sales are up or down right now. That depends on what type of cannabis you’re talking about—and where it’s being sold!

While sales in less touristy canna-states (like Washington and Oregon) have increased  throughout the COVID-19 pandemic, sales in summertime tourist destinations like Colorado have taken a hit. California and Nevada cannabis sales aren’t doing so hot either, despite efforts to entice local customers with new loyalty programs and in-state discounts.

When times get as tough as they have been, however, there’s only one logical thing for the cannabis connoisseur to do: buy seeds. And that’s exactly what’s been going on, based on additional sales data. It seems as though consumers are resorting to growing their own!

Down With the Vape Additives!

On the brighter side, state officials are finally making moves to prevent such tragedy from happening in the future. The Oregon Liquor Control Commission (which also regulates MMJ) just took a first step towards banning non-cannabis additives from THC inhalable products. Cannabis-derived terpenes would still be allowed as additives…but that’s about it.

Louisiana Takes a Big Step Back

Meanwhile, lawmakers in other states seem more intent on going back to the stone age, where modern temptations like CBD-infused food, smokable hemp, air conditioning, and filtered water are lacking.

In all seriousness, Louisianan officials really are about to begin penalizing their citizens for possessing CBD-containing foods and beverages. They’re even going after hemp flower!

Sad, but true. The state’s governor, John Bel Edwards, signed this anti-hemp bill into law at the start of June. The penalties for possession aren’t going to be anything to laugh at, either. Perpetrators who possess these deemed-dangerous substances will be subject to fines of up to:

The Louisiana Office of Alcohol and Tobacco Control will be enforcing this bill’s statutes and issuing its fines. Apparently, they don’t have anything better to do when it comes to regulating actual harmful substances.

Like we said, it was a mixed week for cannabis. While we realize that progress is often made in a stepwise fashion, we can’t wait until both cannabis and hemp prohibition actually end. Someday…