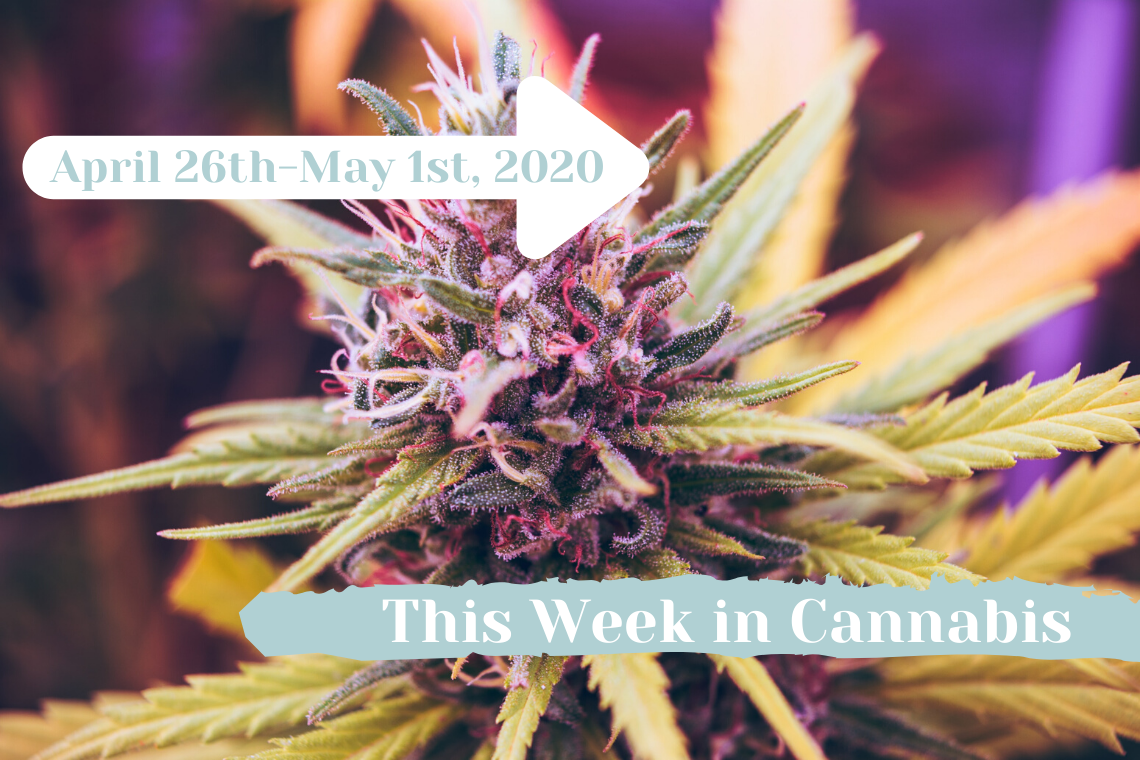 Even during these troubling times, cannabis seems to keep moving forward. The slow burn of legalization continues to blaze around the world (no pun intended)…and that could mean good things for farmers and economies.

In the U.S., however, COVID lockdowns are seeing some already-established cannabis businesses struggling. Most of them missed out on getting any stimulus loans, and some have resorted to not paying employees….

Many Western economies are short on cash right now, and Europe is no different. But the European Industrial Hemp Association (EIHA) thinks it might have a solution. Among other things, they’re calling for the European Union to adopt pro-hemp policies, allow a whole-plant approach, and recognize hemp’s favorable impact on the environment.

If you’re interested in a longer read, we’d encourage you to check out EIHA’s Hemp Manifesto. “The world is standing at an unprecedented crossroads and Europe has the opportunity chance to turn in the right direction,” it explains. “HEMP CAN LEAD THE WAY!”

Cannabis Could Lift African Farmers Out of Poverty

“There’s no denying that cannabis would be a lucrative industry and its demand is huge,” Chauncy Jere, the director of an African hemp company, explained to Project CBD. Let’s just hope small farmers—many of whom are overly reliant on mono-crop tobacco farming—can get a cut.

A streamlined medical cannabis program has existed in Brazil since December of last year, but it’s taken a while for cannabis products to be developed and approved. Italian pharmaceutical company Prati-Donaduzzi had the honor of going first, having just received government authorization for an oral CBD-based product this week.

According to the company, this product has been years in the making. Its 200 mg/mL formula is the result of over six years of scientific research!

On a less scientific but even-more-heartwarming note, Prati-Donaduzzi aims to have their CBD product available for prescription and in pharmacies by Mother’s Day. They hope to “value and recognize all mothers who fight for their children’s right to access treatment,” Director and President Eder Fernando Maffissoni said.

First Africa, then Brazil…now Lebanon. We told you cannabis was continuing to make progress! The Lebanese parliament just approved a law that would allow the cultivation of medical cannabis, so long as it contains less than 1% THC. (That’s significantly more leeway than the .3% that American hemp farmers get.)

Lebanon is already a top producer of illegal cannabis products, according to UN reports. In light of the world’s current economic struggles, the country’s move towards legal (and thus taxable!) cannabis seems perfectly timed. Perhaps Lebanese citizens will be permitted to grow a cannabis garden of their own.

Transparency has always been a big issue within the cannabis industry. In the past, it tended to relate back to a company’s production methods or labeling standards. But today industry insiders are trying to bring light to a different sort of issue: employee compensation.

The problem? Companies don’t have enough money to pay their employees. COVID-19 was already a challenge to many cash-strapped cannabis companies; the fact that virtually all of them missed out on federal relief funding only made matters worse.

But a group of Californian cannabis distributors has decided to take justice into their own hands. They plan to publicly release a “blacklist” of cannabusinesses that haven’t paid up as soon as they can verify all its details.

In addition to stiffing employees, many cannabis companies have stopped paying each other. “I wouldn’t be surprised if [the debt bubble] is over $100 million, easily,” the Cannabis Distribution Association’s Board Chair, Lauren Fraser, said. Here’s to more sustainable business models—and less over-leveraged greed—in the near future.

This week in cannabis, the industry certainly isn’t coming to a halt, considering Africa, Brazil, and Lebanon are all moving forward with new legalizations for the plant. Despite the global progress however, COVID-19 is still wreaking havoc all over the world, including the cannabis industry, which is facing financial hardships due to this pandemic.