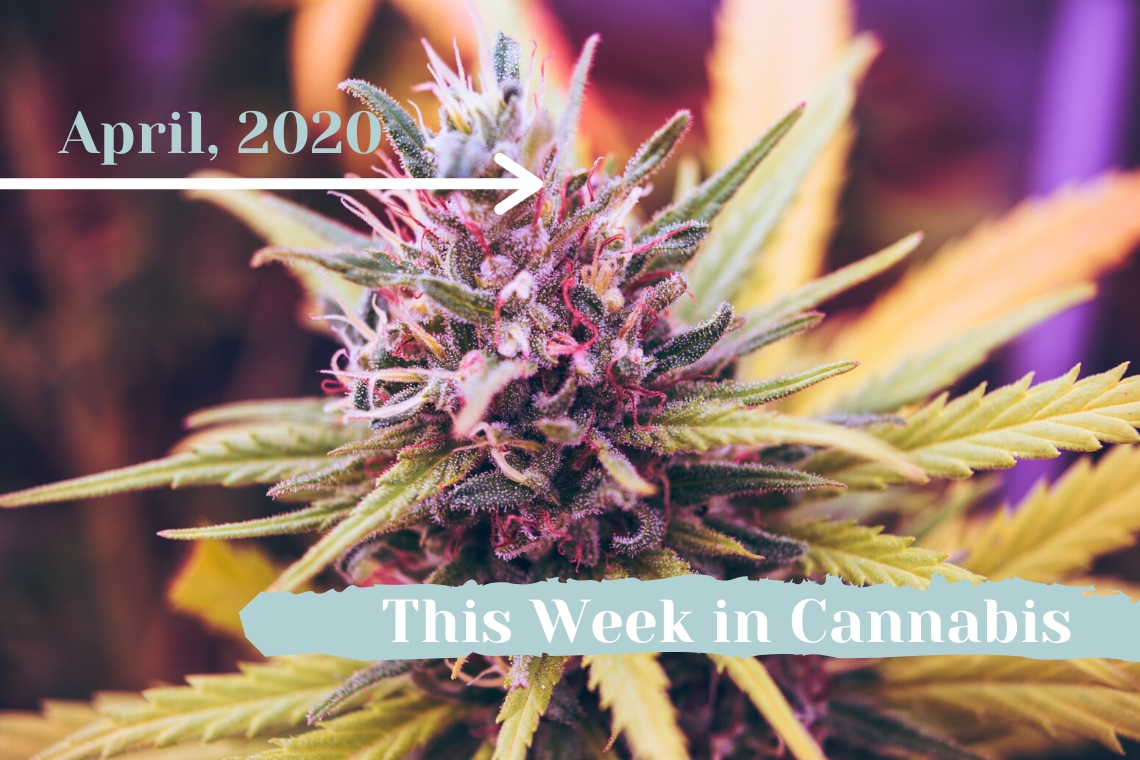 All of us are finding ourselves placed within a new normal these days—and the cannabis industry is no exception. Though it’s tough to say what the future will hold, this week in cannabis has seen many businesses doing their best to weather the storm…

You probably already know that CBD and other cannabinoids work via their impact on the endocannabinoid system. But did you know that the system CBD works with also controls aspects of immune function?

It’s true! And the implications are bright. Project CBD speculates about “fragmentary evidence” pointing to “possible use of CBD in viral infections.” And while CBD has never been tested against the type of cytokine storm that COVID-19 causes, it’s already shown immunosuppressive qualities in other cases.

As a statement from the International Association of Cannabinoid Medicines pointed out, CBD isn’t proven to help with COVID-19, by any stretch of the imagination…but it’s also unlikely to hurt.

How Will Dispensaries Deal With Social Distancing?

First, some good news: Medical cannabis dispensaries have been classified as an essential business in many areas. Now, the bad: Said dispensaries are struggling with the challenging task of keeping employees safe. A company called New England Treatment Access has been among the most criticized after two of their employees tested positive for the coronavirus.

“We’ve been telling management for weeks that they have to do something about it,” one dispensary cultivator told The Boston Globe. “We’re all piled on top of each other here. They’re more worried about money than the health of their employees and patients.”

Other workers at NETA agree. “We see enough people that we could be a vector for this [virus] to spread exponentially,” explains Barbara Carrapichano, a patient advisor. Clearly now is the time to put patients—not profits—first.

After peaking a few weeks ago, cannabis sales across the U.S. have started to decline. That’s the case for states like Colorado, at least, where tourism and cannabis traditionally go hand in hand. “The entire tourism industry shut down,” Lightshade’s Lisa Gee explained to MJ Biz Daily. “The ski areas officially closed three weeks ago. This would have been spring break, so you’re removing an entire sector [of canna-sales].”

Coloradans may also be spending less on cannabis by necessity. “A lot of our customers probably got laid off or they’re worried about their paychecks—or they’re just not spending money right now when their rent is due or their mortgages are due,” Gee said.

Hemp is good for more than just CBD. So much more that the U.S. military is researching using hemp fiber (instead of conventional polymers) in military vehicles! “The military wants to use [hemp] for seat belts, seat covers or uniforms because officials believe hemp fiber material can be safer and more durable,” according to Hemp Industry Daily’s notes on a U.S. Department of Defense meeting in early February.

If things go according to plan, who knows? The plant might just make a resurgence to its WWII-era “Hemp for Victory” days.

The CBD Delivery of the Future

A CBD store in Austin, Texas, is making every effort to get CBD into the hands of its customers.

And by every effort…we mean using drones to make deliveries. John Elmore, the owner of Green Cross CBD, has rigged at least one drone with a contraption allowing it to carry up to two pounds of CBD products.

Here’s his reasoning: “People that use [CBD] for medicine, they’re already going to have an immunocompromised system, so we make sure that all of those necessary precautions are taken, whether it be for them or just anyone. Because you never know who’s coming in contact with whom, so that’s why we’re just extra careful about how we deliver and just the whole process…”

The coronavirus pandemic is wreaking havoc all over the world, in all industries, including cannabis. Early studies show CBD may help prevent the cytokine storm that is accompanying COVID-19 symptoms for some people, dispensaries are doing their best to keep employees safe while still serving customers, even one CBD store in Texas is starting to deliver orders by drone! And the military is catching on to the benefits of hemp. CBD sales may be slowing down, but things are still looking up for the cannabis industry as a whole.