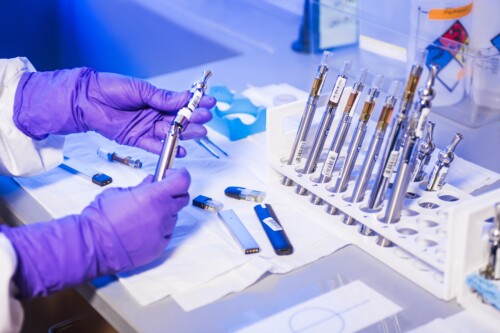 With the recent news of vape safety, it is very easy to point the finger at a source of potential danger. But sometimes, things ultimately fall on us to do a little homework of our own to ensure we’re well-informed before passing any judgment.

As the folks over at Medical News Today put it, “The long-term consequences of vaping generally remain unknown. This is because vaping devices are relatively new to the market, and researchers have not had sufficient time to study the long-term effects thoroughly.” In this article, we briefly observe the condemnation and misrepresentation of vaporizers.

The Big Question: Are Vapes Safe?

Now more than ever there is extensive research being performed on vaping. But control groups take a significant amount of time before yielding results can be deemed as definitive. Therefore, the data that is being provided about the dangers of vaping is more than likely going to be largely viewed as inconclusive. The reason being is that there is potential for members of the control groups to get affected in a negative way that seems to be directly caused by vaping. But with varying factors, it is still too difficult to concretely identify these effects as a result of vaping.

Certainly, more than anything, the common mindset that comes along with vaping health concerns is relating it to the side effect of smoking cigarettes. The dangers of cigarettes come not from the nicotine itself or the tobacco, but from the numerous chemicals (somewhere around 600) within each cigarette. When a cigarette is smoked these chemicals are combusted and inhaled, some of which include acetone, arsenic which is commonly used as rat poison, and many others. This plethora of harmful chemicals affects the lungs and the body over time in a horrific, deadly way, leaving the unsurprising fact that years of inhaling these chemicals in cigarettes can end up causing cancer.

What people don’t necessarily realize is that most vape products do not include all of these additional chemicals that are usually found within cigarettes. Due to the fact that vapes are non-combustible products, it would seem that vaping is (far) less dangerous than smoking. Fo many switching to vape products have helped them completely wean off of cigarettes. But what about vaping on its own? If a person was never a smoker in their life and chose to pick up vaping, will there be health concerns to them?

Anti-vapers and a whole host of media outlets want to make definitive claims about the dangers of vaping and supposed related lung injuries when many of them do not actually possess the proper information to do so. Research is still being performed to determine if the products within different vaping devices pose a health threat in the long-term. Therefore, any source of information that claims otherwise is just downright false or made to be better can be classified as fake news. However, we do want to point out that there are a few dangers outside of the products themselves that exist, such as:

Legitimate sources such as science and medical journals are unbiased, well-informed, and do not use fear-mongering tactics to share well researched facts. Instead, they are devoted to providing as much helpful, accurate, factual information as humanly possible in a clear-cut, palatable way so folks are able to form their own opinion.

Despite all the research conducted by ostensibly objective scientists, they have yet been able to refute the growing amount of evidence that vaping poses significantly less danger to our health compared to smoking cigarettes. We are hoping that with all the recent health claims and misinformation in the news that more research will be conducted.

Has Vaping Caused Any Injuries?

To date, it’s said that there are 59 vaping-related deaths and 2,602 injuries across 28 states. On the surface, the verbiage paints the picture that vaping of any kind is the main culprit behind these deaths. But the reality is completely different. We have to put on our thinking caps and ask, were these devices for nicotine or THC, which matters. We have to look at the quality of the product, as well, to determine what these consumers were using.

When we delve deeper into this story, we actually discover that these deaths were, in fact, caused by a less-than-reputable product bought on the black market for vaping devices used for THC — not vaping itself. Many chemicals were tested for in these cases, vitamin E acetate being one. This is a common beauty ingredient, completely harmless when used in skin creams, oils, and lotions. But apparently, when inhaled into the lungs, can be quite harmful — and evidence suggests vitamin E was the main contributing factor to what caused these deaths.

A Final Say, Are Vapes Safe To Smoke?

The speculation involved with such a subject can easily breed misinformation and fake news. These days, it’s easy to point the finger and create a claim that something is dangerous or deadly or jump on the bandwagon. But without the proper research, education and time, there is just no way that we can definitively make such a claim.