How to Talk to Your Parents About CBD 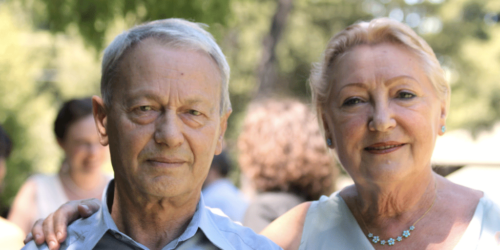 Talking to your parents about CBD doesn’t have to be as painful as helping them set up their Roku, or as awkward as informing them you won’t be coming home for Christmas this year. Chances are, their expertise on the topic is minimal, and with all hope, they’re open to the idea of a natural remedy. A certain level of finesse is often required for the introduction of a new concept to older generations. Meaning, don’t be alarmed if they initially look at you like you’re spitting some sort of witchcraft at them. Now it’s not always so cumbersome; many parents are quite open-minded when it comes to broadening their perception of CBD. However, it’s worth being prepared for the resistance you’ll likely encounter when introducing its therapeutic qualities.

There’s recently been an increasing shift towards CBD for enhanced quality of life and relief from a wide range of health issues. One of the most sought-after uses for CBD stems from its anti-inflammatory properties which provide consistent pain management for patients. While many gravitate towards CBD for physical symptoms, there’s growing research to support its effectiveness against mental health conditions as well. New studies show decreases in anxiety levels among those using CBD. This is something most of us can relate to on some level; as there’s a constant stream of stressful situations waiting to be thrown at us daily. When left unattended, this stress clings to our beings and translates as physical pain during the aging process. Helping our parents find a natural way to manage discomfort is really the least we can do after they stood by our side through the horror of our teen years.

Humans have been experimenting with the medical applications of CBD for thousands of years, and now we have the science to back it up. Extensive research has displayed the intricate relationship between our endocannabinoid system and the functioning of various organs. Scientific studies have shown they’re far more connected than previously thought, leading to the unveiling of the remedial potential CBD has on these systems. It’s understandable why parents might hold skepticism over something that claims to ease their nagging aches and pains. After all, they’ve lived through years of passing fads that claimed to be a cure-all for every possible ailment. Logical evidence which supports the therapeutic and healing properties of CBD might be just the convincing your parents need.

Assure Them They Won’t Get High or Addicted

As if the prescription pills stashed in the medicine cabinet aren’t harmful or addictive, many parents will express concern over growing dependent or getting high on CBD. I mean, it’s a rational thought from someone with no previous understanding apart from its association with the psychoactive qualities of its relatives. Assuring them that there’s absolutely no risk of addiction or mental impairment, just a healthy spread of benefits with very few (if any) side effects, will help ease their minds. Let them peruse the various CBD offerings from reputable companies to see for themselves. Make sure to point out that it’s a safe and non-toxic alternative to conventional treatments, so they really have nothing to lose and everything to gain.